Over 1 million PVP matches played since the last update

The Elder Scrolls: Blades continues to improve across the board, adding more content over time and building on existing systems in smart ways. The latest update, version 1.6, comes bearing a feature that's been requested basically since launch – custom loadouts.

Now you'll be able to create up to five custom sets of equipment to switch between in both single-player and PVP. In single-player, you can switch at any point, even mid-swing, while in PVP you'll have the option to mix it up at the end of every round, keeping your opponents on their toes.

You can give each saved loadout its own name, icon, and background colour. It'll no doubt be an incredibly useful feature, especially for players who've participated in some of the 1 million+ PVP matches played since the last update. 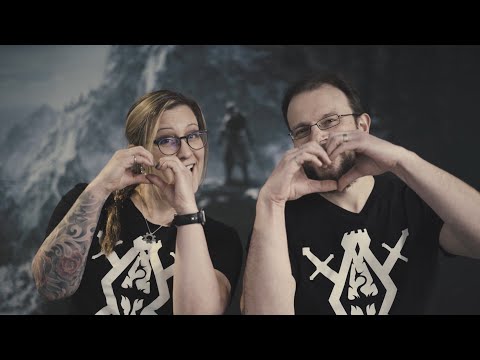 On top of all that, job enemies are being revised in a number of ways. First off, small swarming enemies will appear more often and in larger packs, making them even more of a threat. Enemy frequency will also be more evenly distributed and the combinations of enemies have been altered to make more sense lore-wise.

You'll now be able to toggle boss cutscenes on or off, and there's also an incoming option to send all collected chests to your chest inventory. Full patch notes will be released soon over on the game's blog, and there are also big in-game surprises on the way for 'Hearts Day' – so be sure to keep an eye out for that. Version 1.6 will be available to all players later this month.

If you're yet to delve into The Elder Scrolls: Blades' many dungeons, you'll find it available as a free-to-play title from over on the App Store and Google Play. It's definitely worth trying if you haven't already; the game even made our most improved games list from earlier this year.

Looking for your next RPG fix? Here are 25 of the best for iPhone and iPad
Next Up :
Mission Zero drops three new character trailers ahead of technical test