The Elder Scrolls: Blades has quietly snuck its way onto Nintendo Switch today over a year after its initial launch for iOS and Android. While it started life as a disappointing, barebones dungeon crawler, it's since improved to the point where I can see some open-minded Switch players being somewhat pleasantly surprised by what it has to offer.

At launch, the game's pacing was off, its dungeons were monotonous and visually samey, and it lacked any real sense of adventure. And while it's still a far cry from its big brothers, Blades has at least managed to address those first two concerns and cement itself as a solid, mobile-friendly spinoff to the legendary RPG series. 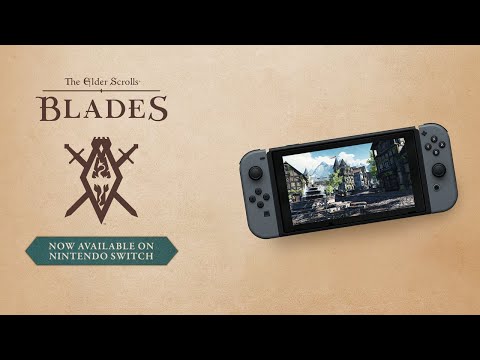 Sure, it would have been nice to have a more fully-fledged Elder Scrolls game on mobile. But like it or not, the core hook of the later mainlines games – especially Skyrim – is loot-hungry questing more than engrossing storytelling. Blades is just more open about where its strengths lie.

The big turning point for Blades was patch 1.5, which ditched the progression-halting chest timers and introduced a PvP arena mode. Patch 1.7, which arrived earlier this week, officially lifted the game out of what must be one of the longest early access periods in mobile game history. It also added a ton of new quests, including a gladiatorial questline, and made a number of bug fixes. You can check out the full patch notes over on the game's official site.

If you're a fan of the series and are feeling curious, you'll find The Elder Scrolls: Blades available for download now as a free-to-play game from over on the App Store, Google Play, and Nintendo eShop. And be sure to check out our ultimate guide to ES: Blades before giving it a go.

On the hunt for your next RPG fix? Here are 25 of our favourites for iPhone and iPad
Next Up :
Monopoly Tycoon is a city-builder simulation tycoon game based on the iconic board game, out now on iOS and Android