The Bard’s Tale: Warlocks of Largefearn is a voice-controlled RPG that's available now for iOS and Android

The Bard’s Tale: Warlocks of Largefearn is a voice-controlled RPG that was initially released for smart speakers and has now made its way over to iOS and Android. As you've likely already guessed, the game can be entirely controlled by voice, though there are on-screen prompts available if you'd prefer not to shout at your phone in public.

The game sees you travelling from Skara Brae to the titular secluded settlement of Largefearn. Here, the village's populace has begun disappearing without a trace, and you need to unravel the mystery behind it all. Before heading out, you will create your character by choosing between four classes. They include the Bard, Fighter, Rogue and Practitioner.

Each class possesses two subclasses that are unlocked as your adventure continues. You can check them out below: 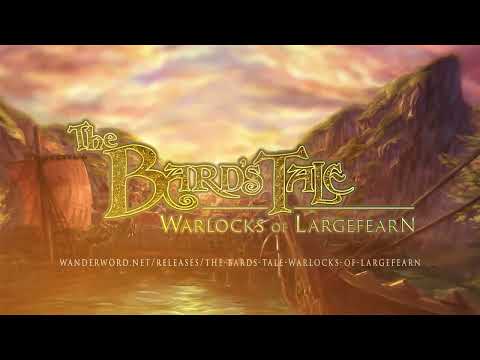 It's not a journey you will have to complete alone, however. There are multiple companions to recruit on your journey who will provide advice and battle alongside you. The combat plays out in a turn-based fashion, meaning you can focus on strategy rather than quick reflexes to best your enemies.

Despite the game being predominately voice-controlled, it still sports lovely hand-drawn illustrations that give the old-timey vibe you would expect from an entry in this series. You can catch a glimpse of the art style and some gameplay in the video above.

Discussing the release, Johan Strömberg, Wanderword CEO, said: “Bringing The Bard’s Tale to mobile platforms will give people from all over the world a chance to experience this exciting adventure.”

The Bard’s Tale: Warlocks of Largefearn is now available on the App Store and Google Play. It is a free-to-play game with in-app purchases.

Enjoy turn-based games? Us too. Check out some of the best available for mobile!
Next Up :
FINAL 24 HOURS: Vote for the Pocket Gamer People's Choice Award 2022