Will you dare head inside a tiny robot to fix its circuits in charming puzzle-platformer sequel Tetrobot and Co.?

Spanner in the works

Tetrobot and Co. might just be the Inception of video games.

It's Swing Swing Submarine's puzzle-platformer sequel to 2011's Blocks That Matter, which featured a tiny robot called Tetrobot that could hit, drill, and recycle blocks to solve puzzles.

Tetrobot and Co. is set 15 years after Blocks That Matter. In this follow-up, you play Psychobot, a purpose-built microscopic robot that goes inside Tetrobot to fix it up.

As in Blocks That Matter, you'll be solving levels in Tetrobot and Co. by arranging pipes, guiding lasers, and fiddling with the other electronic devices to repair Tetrobot.

You'll also be tasked with discovering where the hidden memory blocks are so that you can transform the slimes that clog up Tetrobot's innards. 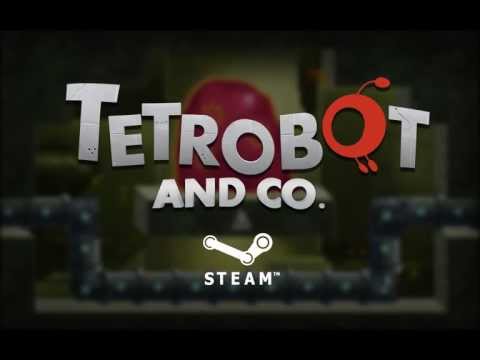 Across Tetrobot and Co.'s 50+ levels, your puzzle-solving skills are seriously put to the test. No, seriously.

You'll also get a chance to find out what happened to the Blocks That Matter developer and Tetrobot after the events of that game.

Tetrobot and Co. will be released on Steam this month. Swing Swing Submarine reckons that it will be heading to Android and iOS at a later date.

Microscopic puzzler Tetrobot and Co. is solving its way on to iOS and Android this spring