Microscopic puzzler Tetrobot and Co. is solving its way on to iOS and Android this spring

Swing Swing Submarine has announced that its puzzler Tetrobot and Co. will be out on iOS and Android this spring.

We caught word of this porting possibility way back in 2013 so it's great to see that it's actually happening. It was released on PC and Wii U previously.

If you don't know, Tetrobot and Co. is the sequel to PC puzzler Blocks That Matter. It's set 15 years after that first game and is set inside the original robot you controlled.

Yep, Psychobot is a microscopic bot that has been invented to repair other robots.

Across the game's 50 levels, you have Psychobot swallowing and spitting out blocks made of wood, stone, sand, iron, glass, ice, and slime. 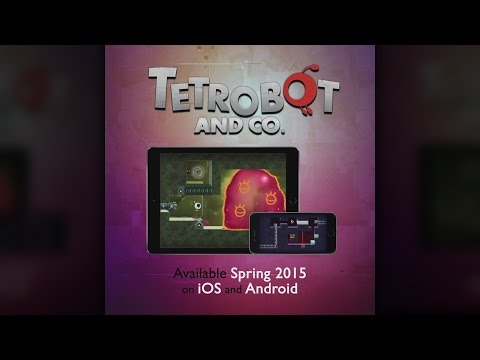 It's in moving these materials around and working out how they can be used in combination that most of the puzzles involve.

You can find out more information about the game on its website.

Will you dare head inside a tiny robot to fix its circuits in charming puzzle-platformer sequel Tetrobot and Co.?