Re-Logic has announced Terraria 1.4 is launching on mobile later this month.

Terraria got new patch for PC and consoles today, which brings “the final NPC, new achievements, lots of balance changes, bug fixes, new vanity, and the long-requested game credits”, but a tweet from the team also revealed 1.4 is coming to mobile later in October.

1.4.1 was announced with a trailer uploaded to YouTube titled “Journey's Actual end”. This is a small in-joke to the fact Terraria has received several “final updates” over the course of its life. In 2012, Re-Logic announced that they would not be continuing active development but would release a final bug-fix patch. 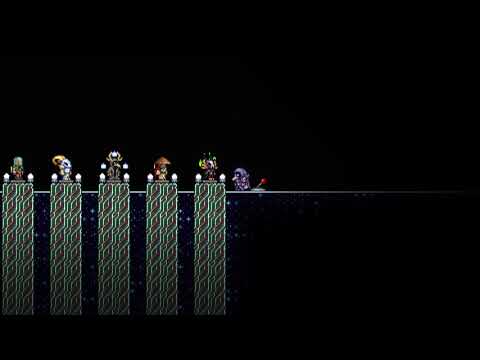 However, development continued the year after with a focus on asking the community to suggest new content and changes. Several big updates later and the 1.4 Journey’s End update released for PC and consoles in May earlier this year, but it still wasn’t the end of the line as proven by the announcement of 1.4.1.

Considering Re-Logic’s history with ending development for Terraria, it’s hard to say whether this is really it for the popular sandbox game. With the announcement of the 1.4.1 update on Twitter, one user asked, “What about terraria mobile!?” to which the official Terraria account replied “Mobile 1.4 will come out later this month :)”.

It should be noted they mentioned this is the 1.4 update hitting mobile, not 1.4.1, so it may not include the new content released today for PC and consoles. I guess we’ll have to wait and see what’s fully included in the update when it finally arrives later this month.

The mobile versions of Terraria originally released in 2013 and have kept close with its PC counterpart ever since. You can download Terraria from the iOS App Store and Google Play for Android.

If you want to play more relaxing games like Terraria, we have a list right here for the best ones on Android.
Next Up :
Rebel Riders is a new PvP action game from King, currently playtesting in select countries for Android