TENS!, a Sudoku-like dice dropping game, has soft launched on iOS in the Philippines

And the Netherlands, Vietnam, Brazil, and Argentina

Love a good numbers puzzler? Good. You may be interested in the pretty dice game TENS! which just soft-launched on iOS in the Philippines. 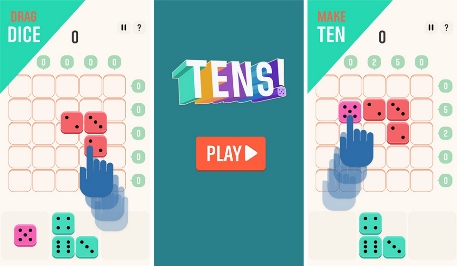 TENS! is a Sudoku-like game which combines number-solving and block-dropping puzzles. As the name suggests, you've got to try to make the sum of ten both horizontally and vertically by dragging dice onto a five-by-five grid.

With endless levels on offering and an increasing difficult curve, don't be deceived by the game's seemingly simple looks. The game'll be over when you make one wrong move, but there's always your own high score to beat.

TENS! has soft launched on the App Store in the Philippines, the Netherlands, Vietnam, Brazil, and Argentina. If you're not in one of those areas but would like to give it a shot, check out our handy guide on making a foreign iTunes account.