Out at midnight: Tasty Blue follows a goldfish that escapes the bowl and eats aircraft

Catch of the day

As we mentioned before, Tasty Blue is about a goldfish that can swallow helicopters. No, seriously.

You play as that goldfish, and you'll have to work damn hard to get to the point that you'll be eating aircraft.

You see, the goldfish you play as can eat things smaller than it to grow in size. Each level gives you a timer to beat and a selection of other fish, plants, and - sometimes - humans to consume.

The size of your prey and the challenge of eating it rises in direct correlation with the girth of the goldfish. 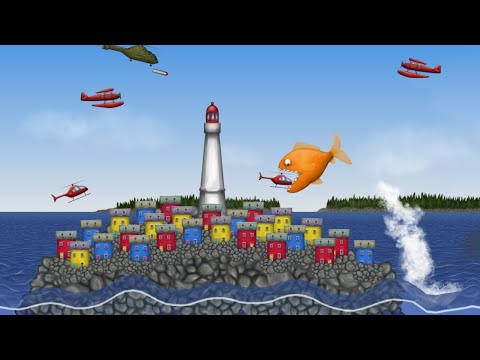 Later on, you'll also play as a ravenous dolphin. Oh, and as a shark that was created by scientists to save the oceans.

Tasty Blue is quite unlike any other game you'll find on mobile. Its brand of dark humour is unique, too.

You'll be able to pick it up for free from the UK and US App Stores at midnight for free.

Tasty Blue lets you play as a helicopter-eating goldfish, and it's coming out for iOS on June 19