Developer Chris McFarland has announced the upcoming launch of Tallowmere 2, letting players dive into a roguelike platformer to follow the tale (or tail?) of Lady Tallowmere and her kittens. Coming to iOS and Android on September 30th, the game includes cross-platform support that will let players join in on the fun during online co-op.

In Tallowmere 2, players can look forward to putting their own skills to the test to see how many rooms they can clear across the action-packed roguelike dungeon platformer. They'll have to search for the key in every room they stumble into, and defeat their foes or make good use of their shields to make it through unscathed. Players can obtain a variety of weapons and blessings to boost their survivability, as well as level up and collect potions to serve them in a pinch.

The game features procedurally generated rooms, items and enemies, and there are different modifiers to ensure that no two runs are the same. Players can also pick their character and their starting weapon before venturing out into the unknown. They can discover tons of useful loot along the way with varying rarities, as well as encounter Lady Tallowmere to replenish their HP. 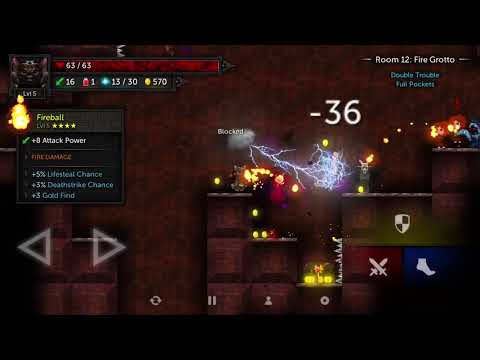 Apart from the single-player mode, the game features a couch co-op mode on a local shared screen with two gamepads, along with an online co-op mode. Here, up to four players can join in per game across different platforms.

If you're eager to join in on all the fun and experience the game for yourself, you can check it out and pre-order on the iOS App Store and on the Google Play Store for Android devices. You can also visit the official website for more info, or have a look at the embedded clip above to get a feel of the game.

Are you on the hunt for more similar titles that will put your skills to the test on your mobile device? Why not take a gander at our list of the best Android roguelike games?

Next Up :
Giant Monster War is an upcoming play-to-earn game with strategic and tower defence elements, now open for pre-registration