The long wait is over - Tales of Luminaria is out now for both iOS and Android devices, taking players back to the popular Tales franchise with a story made up of twenty-one perspectives. The 3D action RPG from BANDAI NAMCO Entertainment Inc. features a brand new world and ensemble scenarios where players can experience a different story from each protagonist's point of view.

With their fates intertwined, the characters from Tales of Luminaria will still have their stories connected into a single bigger narrative, so players will get to experience their journeys through individual chapters. The first seven characters will be available at launch, while new character episodes will be released every week. 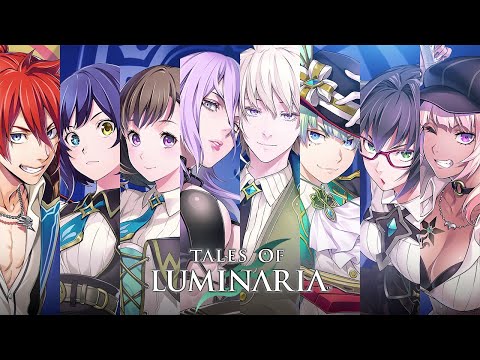 Of course, players can also expect stunning visuals and action-packed real-time combat on top of the gorgeous character designs. You can freely explore the vast environments on the map, as well as engage in exhilarating battles using a simple tap-and-flick mechanic. The portrait orientation of the game is also a refreshing change of pace from most mobile RPGs out on the market today.

As for different game modes, the multiplayer boss battle system lets players level up their strongest characters and challenge their battle prowess with online friends to fight big bosses. Players can feed their wanderlust during field exploration across the grasslands, urban environments, and coastal terrain as well.

If you just can't wait to get your hands on the game, you can download Tales of Luminaria on the iOS App Store or on the Google Play Store for Android devices. It's a free-to-play game with in-app purchases. You can also check out the official website for more info.

Are you on the hunt for more anime-themed RPGs on your mobile device? Why not take a gander at our list of the top 25 best JRPGs for Android phones and tablets?