Bandai Namco Entertainment, Inc. has announced an update to Tales of Luminaria - and it's a little bit different than what you might expect. The action RPG on mobile boasts stunning animation sequences and a very anime-esque narrative, and this time, the game is releasing a full-length animated clip to further enhance that particular aesthetic.

In Tales of Luminaria, players can take their pick among a wide variety of characters to follow their individual stories. These narratives may intersect in more ways than one, and players can experience their tales across different chapters that are updated regularly.

Tales of Luminaria: The Fateful Crossroad is an exciting new adaptation of the mobile RPG in the hit "Tales of" series. Coming soon on January 20th, the full CG-animated version will be released on Funimation, Crunchyroll, and other streaming services. Featuring Kamikaze Douga's masterful talents, the animation will follow the story of the origins of the land, the mana-producing creatures called Primordial Beasts, and the conflict between the Jerle Federation and the Gildllan Empire. 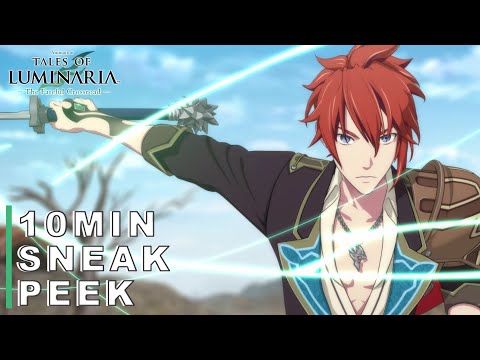 Of course, fans of the game can also expect to see young federation knight-in-training Leo, along with his friend Celia and instructor Lisette. The plot thickens as Hugo enters the narrative - a former friend that has turned traitor to the federation. You can check out a ten-minute preview in the embedded clip above.

If you're keen on learning more about the game itself, you can download Tales of Luminaria on the iOS App Store and on the Google Play Store for Android devices. It's a free-to-play game with in-app purchases. You can also visit the official website to stay updated on all the latest developments.

Are you on the lookout for more JRPGs on your mobile device? Why not take a gander at our list of the top 25 best Android JRPGs for phones and tablets?