SuperPlanet has announced an exciting collab event for Sword Master Story, welcoming characters from "Is It Wrong to Pick Up Girls in a Dungeon?" (also known as "DanMachi") into the RPG. The mobile idle title welcomes "Bell & Hestia", "Ryu" and "Ais", as well as new costumes "Welf" and "Freya".

In the latest collaboration event for Sword Master Story, players can experience characters from the "Is It Wrong to Pick Up Girls in a Dungeon?" light novel by Fujino Omori in a different way. Apart from the new heroes, "Welf" and "Freya" will appear as costumes for existing Sword Master Story characters.

The DanMachi crossover event will run from now until May 25th, giving players plenty of time to enjoy the popular franchise reimagined into the mobile RPG. Super Planet is also celebrating the crossover event with a special ruby giveaway for at least 40 summons. 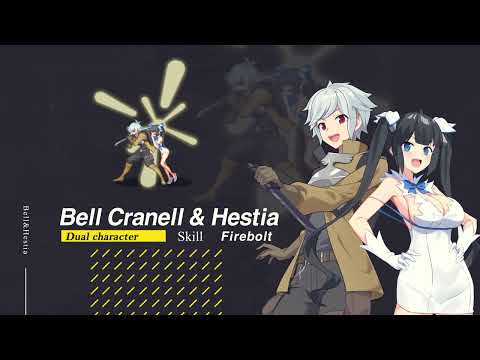 In case you're not familiar with the game, Sword Master Story is an idle action RPG that lets players collect 40 unique characters from mythology and build a team to clear different stages. There are also plenty of dungeons and challenges to take on, as well as a global PVP mode and an exciting Boss Raid.

If you're eager to join in on all the fun, you can download Sword Master Story on the iOS App Store and on the Google Play Store for Android devices. It's a free-to-play game with in-app purchases. You can also join the community of followers over on the official Discord channel to stay updated on all the latest developments, or have a look at the embedded trailer above to get a feel of the game's latest collab event.

Next Up :
Super Baseball League is now open for pre-registration on Google Play following successful soft launch on iOS