Bandai Namco has announced that pre-registration for its upcoming mobile action RPG Sword Art Online: Variant Showdown, based on the popular anime series, has opened. While the prizes have not been announced just yet, there will be handouts and potentially free rewards for players who pre-register ahead of time.

Sword Art Online: Variant Showdown was announced earlier this year, and proceeded to have a pretty positively received closed beta test. Much like the anime it’s based on, this new entry into a long-running list of Sword Art Online games is action-based, taking place from a third-person perspective as you control various heroes from the series and take down massive baddies in winding dungeons and levels.

The story of Variant Showdown takes place right after the Alicization Arc, meaning that this is an original tale that has not been told within the Sword Art Online timeline. This leaves a lot of wiggle room for Bandai Namco to play with and allows them to be unrestrained from the boundaries of adapting the anime as it is. 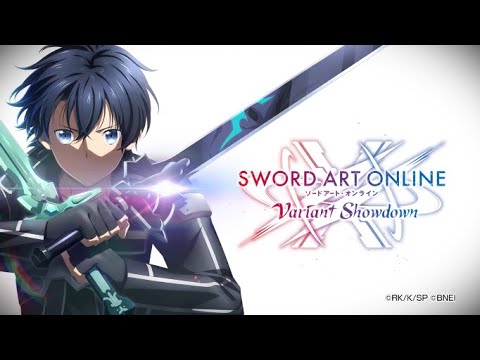 It will involve Kirito, the protagonist, and his friends hearing about a brand new game called Cross Edge that has been causing memory loss for its players. On this rumour alone, they set out to investigate this mysterious phenomenon and learn what’s causing this strange effect.

Along the way, you’ll team up with various characters from the anime and do battle with each of them, each equipped with their own kit of abilities and skills which can then be upgraded. All of your favourites will likely be here, so if you’re a fan of the series, you’ll have a lot to dig into.

If you’d like to get ahead of the curve and be one of those players who does get those pre-registration rewards, whatever they might be, you can do so at either of the links below this article! In the meantime, you can also check out the official website for more information on Sword Art Online: Variant Showdown!