Only a short while after announcing the development of the newest entry into the popular Sword Art Online franchise, Sword Art Online: Variant Showdown, Bandai Namco is now searching for participants for a closed beta test.

While details are still relatively scarce for the newest entry, the storyline’s introduction has at least been discussed. Variant Showdown will see a reimagining of the well-known anime’s story, this time featuring the main character of the franchise, Kirito, catching onto some rumours about a game called Cross Edge at the Dicey Cafe, a location that will be familiar to anyone who has seen Sword Art Online. This time, the rumours speak of a strange unknown player within Cross Edge, the game that the main cast of SAO all play and eventually get trapped within, who is attacking other players at random. 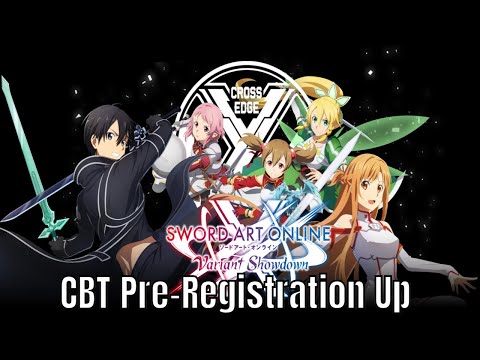 This causes Kirito and the rest of the main cast to attempt to hunt down this mysterious villain, which will lead players down a storyline full of intrigue and suspense. Alongside this wonderfully fleshed out story, you’ll be taking part in fully realized 3D action combat sequences that will test your reflexes and force you to make split-second decisions against intelligent, fast-paced AI opponents.

As for how to sign up for this closed beta, it’s relatively simple. All you need to do is submit an application on the official website anytime from the 7th of May to the 16th. The beta will begin on the 10th of June and will run until the 14th of June, and with roughly 10,000 slots to be filled, there’s a pretty decent chance you might get in, so be sure to give it a shot if you’re interested. If you’re waiting for the full release of Sword Art Online: Variant Showdown, Bandai Namco is looking to get it released fully later this year, so stay tuned to that website for more details!

Looking for more anime-inspired action? Check out our Top 25 best JRPGs for iOS!
Next Up :
Avolteha, a point-and-click adventure taking players on a whimsical journey, is launching soon on iOS