'You've gotta crack the ribs!' Hands on with the VR version of Surgeon Simulator

I don't want to put my hands in there

"You've gotta crack the ribs with something," designer Luke Williams calls from behind me. He’s my own surgical life-coach.

Unfortunately my fingers slip on the Vive controllers and the hammer I’m using flies from my grasp. It clanks down on the floor out of my reach.

There's not much else on the table of surgical implements beside me with the heft to actually break a man's ribcage... but there is an alarm clock.

Luke laughs as I bring the alarm clock down in a crushing blow, but a few minutes later I'm sweeping the shattered rib fragments out of the way, my access to all those juicy organs now unimpeded. Surgery, it seems, is all about improvisation.

It’s fair to say that Surgeon Simulator remains just as ridiculous as it's ever been, and it feels like the perfect fit for VR.

The game is already contained in a small space, so it solves the problem of movement. In the Vive version I played both operations were in operating theatres, so it was natural that you would only move around a little bit, even though I accidentally tossed a few tools into a far flung corner I couldn't reach.

The interactivity is top notch too. While grafting a baboon's heart into Team Fortress 2's Heavy, I’m rummaging in a fridge and tossing sandwiches, plates, and milk out of the way to get to the giant organ I need. 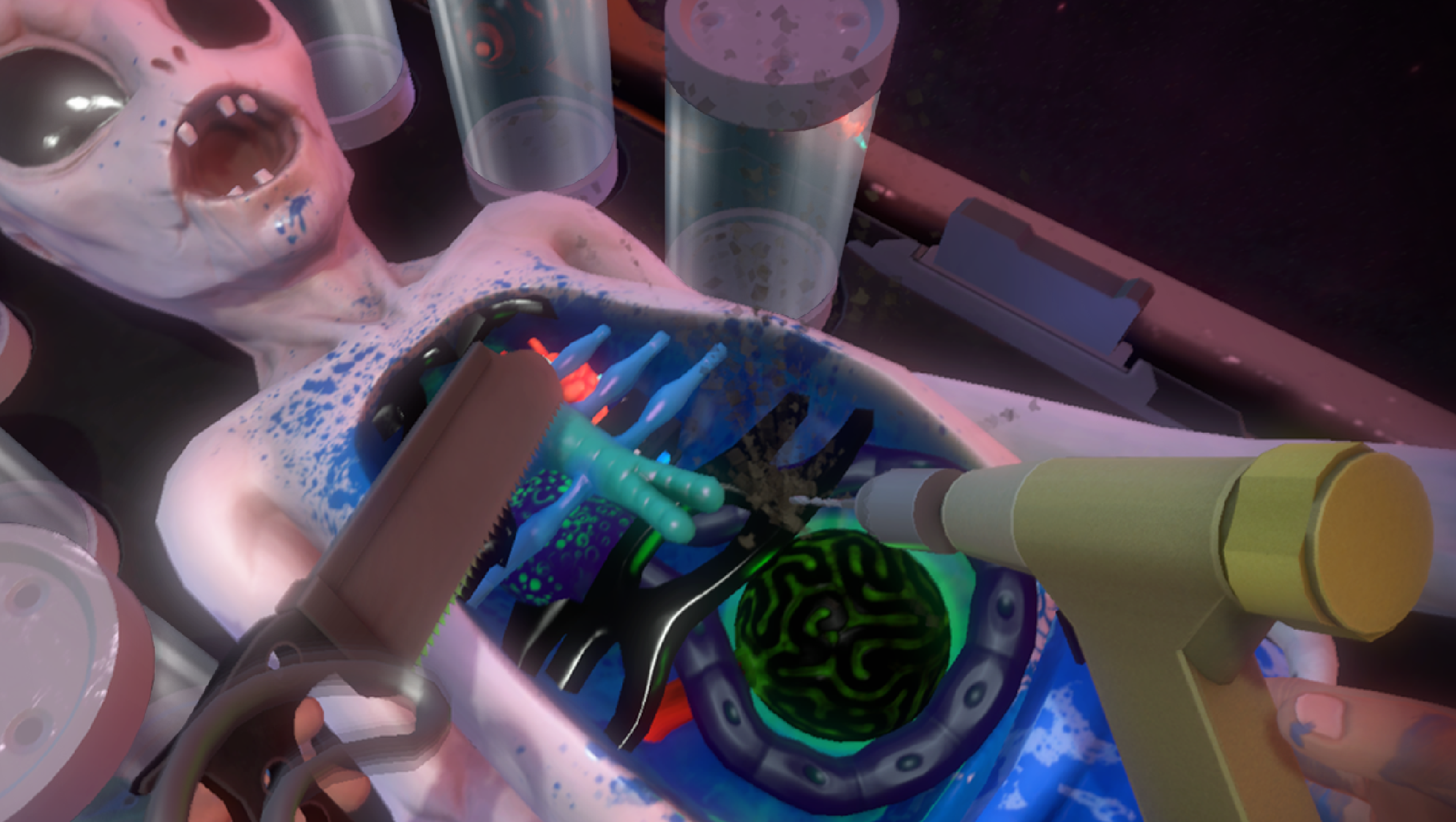 While it's not quite finished yet, Surgeon Simulator is definitely interesting, and plays nicely with the limitations of VR. It's managed to keep its sense of humour intact and created a different type of challenge.

Despite the gruesome subject matter, it keeps the tone light and breezy and I think that's invaluable - dealing with all of that blood with a straight face would just be unbearable.

The flippant approach is also part of Surgeon Simulator's charm. With tongue firmly in cheek, you're about to cut someone's brain out and replace it with another. In an ambulance. An ambulance that's driving down a bumpy road.

Surgeon Simulator could well be a killer app for VR touch controls, and it's a strong advert for 3D positioning too.

Despite the jokey tone it still feels excellent hopping around the place, playing grabby-grabby with all of the tools.

So, hey. Surgeon Simulator in VR. It's a thing you want. Now where did I leave that monkey heart?