That's a requirement to get a chance at a code in the giveaway, but more on that later. Let's kick things off.
Super Samurai Rampage

Super Samurai Rampage is a hectic high score chaser in which you battle hordes of ninjas as a samurai. If you grew up watching martial arts movies, you'll be in heaven here.

There's a bunch of different enemies to battle, environments to explore, and a few different quirky modes to play. Playing is easy and fun as well, thanks to the swipe-based system.

At review, we gave it a Silver Award and described it as: "A bleeding fast, super slick hack and slash game that you should probably be playing right now".
Okay, I'll give it a go 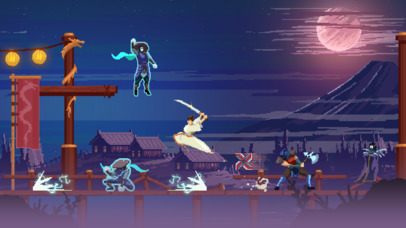 The App Army is Pocket Gamer's very own community of mobile game experts. Each week, we provide them with a bunch of free codes and early access to the hottest upcoming games so they can provide their thoughts in features like this. We also host regular community-driven events with them in mind like tournaments, giveaways, and multiplayer evenings. To join, simply follow this link to the page on Facebook.
Next Up :
Best upcoming mobile games in 2021