It's called Super Fowlst, in case you didn't catch on...

If you simply loved Fowlst and wished there was more of it to dig into, you'll probably find this piece of news rather welcome. It's getting a sequel called Super Fowlst and it's headed to iPhone and iPad on November 20th. Don't worry Android-users, it should be coming to Google Play shortly afterwards. 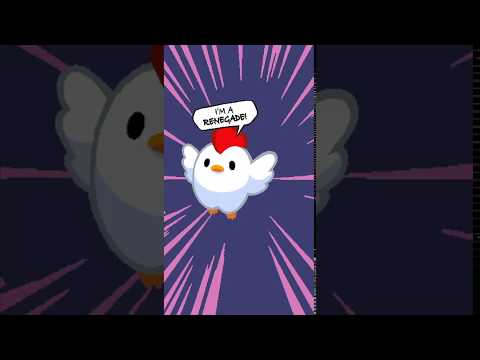 As CatCup Games says in their press release, Super Fowlst takes the original formula and kicks things up a notch. We're certainly not complaining, though we thought the original was pretty good too. We gave it a Silver Award in its review, saying: "It's not quite a shooter, it's not quite a dodger. It's something in between, and it's very, very good at filling that niche you didn't know you were looking for."

This time around the world's overrun with demons and only a brave, headbutting chicken can save it. Thanks to its procedurally generated levels, you'll never run out of stages to play and there's plenty of big bosses to fight. Well, big bosses and a LOT of obstacles to watch out for.

Buzzsaws, turbines, stalactites, pinball flippers, and much more will turn you into a big, red smear if you're not careful. But with smooth controls you should be able to get the hang of it easily enough. Just check out the trailer above for an idea of what to expect.