There are quite a few soccer games on mobile, but there isn't one quite like Super Footbrawl. The name alone should raise some eyebrows. Currently in development for PC, a modified mobile version is also planned to bring its brand of physics-based collisions and on-field brawling to iOS and Android.

The current mobile prototype is based on the sandbox version called Footbrawl Playground, that lets you spawn waves of tumbling athletes and place flippers and other obstacles. Or you can take control of a single character, and beat your opponents with planks of wood. Or just practice your driving skills 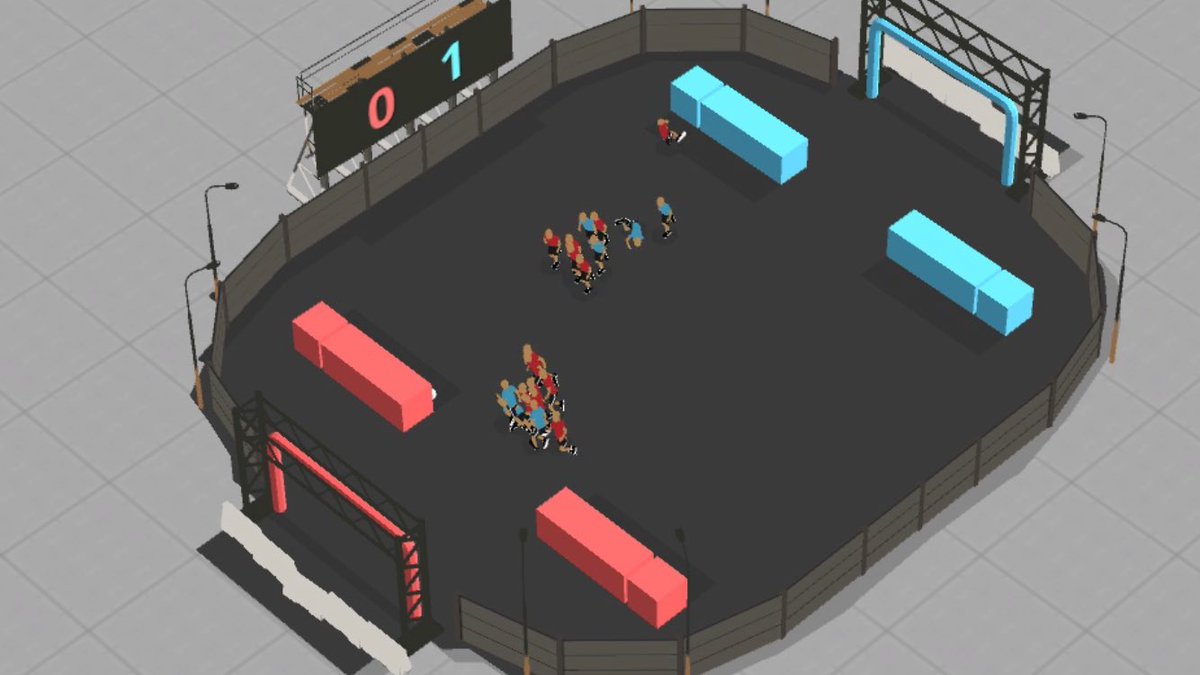 The developer's vision for the mobile version is akin to a tower defense game, letting you placing defenses like bouncers or flippers to protect your goal, or spawning new NPCs to attack the opponent's goal.

An early version of Super Footbrawl will be available on PC and Mac in August, with the mobile edition expected to release next year after the main game is finished. You can learn more about the game here.