Indie developer Clashflash has announced its new action shooter RPG Super Cops: Justice Keepers is now available completely free on both iOS and Android. Super Cops will see you taking on the role of, well, a super cop, on a mission to kill a villain named Mr. Thorne. You’ll have to defend your island/bunker from incoming foes while you also attack other islands, find supplies, and eventually hunt down your target.

Think something akin to old flash games like Endless War in terms of gameplay. You’ll be handling your protagonist from a top-down perspective and using angular controls in intense gunfights against a ton of different foes, each intent on gunning you down. You’ll be bobbing and weaving between cover in an effort to not get murdered. But once you have a good handle on it, the controls feel really natural and not too obtrusive. For those of you hardcore gamers out there, there’s also a separate control scheme for controllers that you can use at any time to make sure all your inputs are precise and perfect. 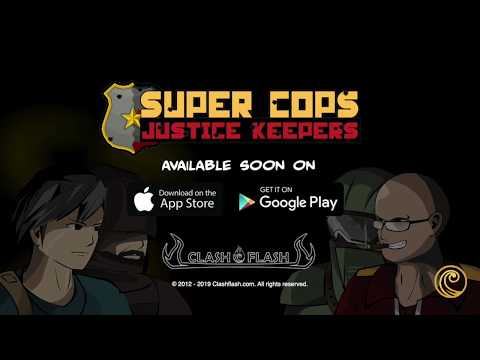 There’s also a small NPC social system in the mix too, as you can find new allies who will give you specific tasks to complete while defending your island. They’ll also be gathering up supplies for you in your off time, and you’ll also be able to give them engineering tasks for upgrading your bunker while you’re offline. So, while you’re out and about blasting baddies, keep an eye out for these allies, as they can be truly invaluable and help you out a ton, especially in the early game when you’re struggling for supplies.

For those of you who could do without the ads that will come with the free version, there’s also a premium version up for grabs as well. Priced at only $2.49 on both platforms, this is the version that will allow you to experience everything without any ads popping up and bugging you. If you’d like to take a look at it, you can check out either link below!

Looking for more adrenaline-filled gunfights? Check out our Top 15 best shooters for iOS!
Next Up :
Fortnite is bringing back the Galaxy Cup series for Android with the Khari (Galaxy Evolved) skin as the reward