Sunken Century claims to be a creative battle royale, out now in select countries for Android

Sunken Century is a class-based battle royal that gives you the freedom to explore every region using an airship. It is set in an alternate universe where you can choose to work as a team or be a lone ranger. The last person standing among 100 players wins.

Not every match will be the same. Some battles are fought on land while others take place at sea. You can choose between different warships with different attributes to take into the fight. These ships vary between arsenal warships, fast assault ships (for dealing explosive damage), armoured ships, scout ships, and guerrilla ships. 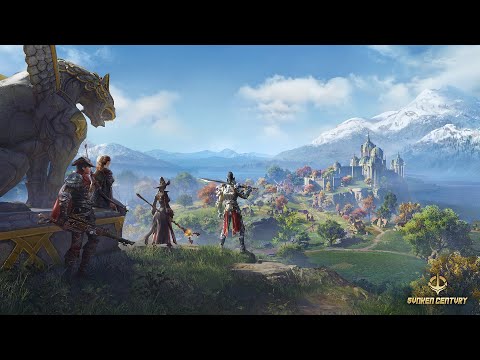 It also offers many strategy options with a wide range of weapons and accessories. You can take a sneaky approach with melee weapons along with an invisibility cloak. You can also use timber, metal, and cloth to upgrade a range of weapons, including axes, crossbows, hammers, and sniper rifles.

Sunken Century is free-to-play and currently only available for Android in select countries. You can get it from Google Play. It features a battle pass, which is quite common these days. You can spend money on in-app purchases like lootboxes and a premium battle plus feature, which will provide cosmetic skins and emotes.

However, there is still no news about the game's global release, but with time, Kingame Studio will launch it in more countries in the next few months. You can follow Sunken Century’s Facebook page for the latest updates and announcements.

Also, check out our list of the Top 25 best strategy games for iPhone and iPad (iOS).