Subway Surfers is an endless runner that takes place in a train yard in a city. It one of the most recognizable and most downloaded games on mobile. Being relatively easy to learn and play is one reason why it's probably such a popular game. There's also a meme floating around in regards to one of the characters' outfits.

The overall goal is simple in that, you're trying to get as far as you can without running into objects. The cop and his dog are on your tail so you need to show off your agility to keep the score going. If you hit something, then the officer will grab you and take you away to throw you in the dungeon for tagging train cars.

As mentioned, the game is pretty easy to pick up and play. You can also get into games exceptionally quickly and without loading screens which is always nice. It's a very good game choice if you're trying to get in some quick gaming action as well as if you're playing hardcore. Here are a few things to know about the popular game before diving in. 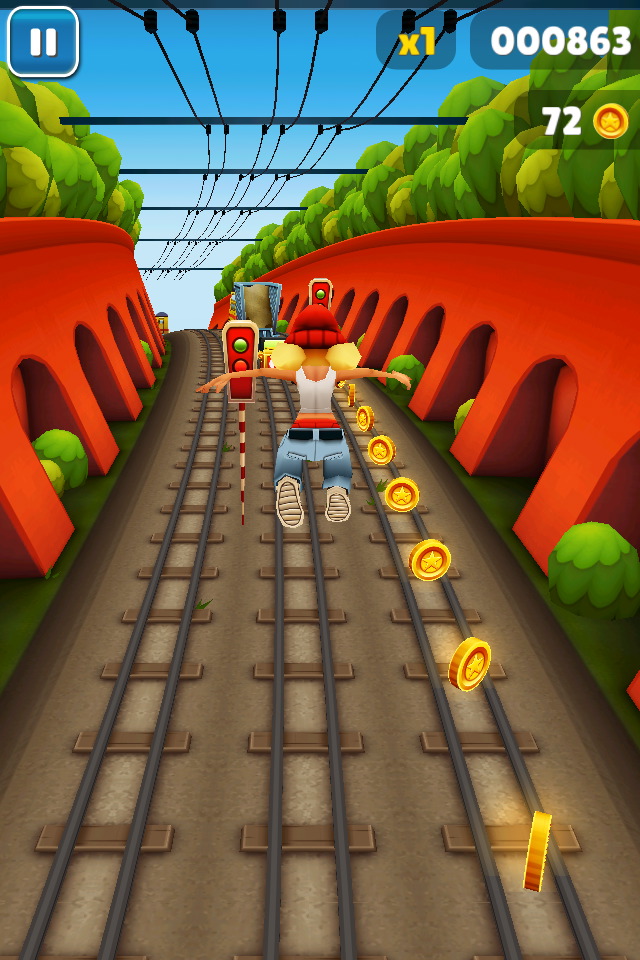 One of the good things about Subway Surfers is that it's a good game to play when you just want to get through something quick. This is especially true if you're someone who is on the go a lot or just doesn't have a ton of time in the day to game.

Yes, there are many mobile games like this, but there is a big chunk of them that do require more of your time (although these are excellent as well). Subway Surfers has a nice balance that good for quick playing players and offers solid rewards for those who are hardcore gamers.

One of mobile gaming's strengths is that you can play anywhere and at any given time. This is one of those games that sort of fits that approach. This is one thing in mind if you like just getting fast gaming fixes in and another great thing is that there are virtually no loading screens.

It Has Temple Run Vibes

If you've ever enjoyed an iconic mobile game like the 2011 hit, Temple Run, then you might appreciate Subway Surfers. In Temple Run, it sounds pretty much what you think it sounds like. You escape a temple and are now running along a long stone bridge(?) with several turns.

You ran while being chased by a bunch of angry monkeys in a hilarious fashion. All of this while also jumping and sliding under things such as trees. Well, that's almost exactly the same thing that you do in Subway Surfers, minus all of the many turns.

You're jumping over and sliding under objects and you're running away from something (in this case, the cops and their K-9). The main difference is that you're in an urban setting versus a jungle one of course. Although there are many endless runners out there, it's clear that Subway Surfers probably takes some inspiration from Temple Run.

Although Subway Surfers is a pretty simplified game, for the most part, it actually pretty rich with rewards which can get players coming back for more. This goes for almost any video game you play; when it is rewarding you for your efforts, it makes things pretty addictive.

Although this a comparison that is way, way left field, it's like in Dark Souls bit. That game is very difficult (don't worry, Subway Surfers is a lot easier) and by defeating tough bosses and such, you get rewarded with cool new weapons, armor, etc.

But in Subway Surfers, you can collect plenty of coins and other things that will help you unlock some sweet new items including characters and even hoverboards. Completing different missions while you play can help you net these rewards too.