But also a glitch that people exploit

When playing a game that is as grind-reliant, there is a question that might pop up in your head to make things a lot easier: are there any Subway Surfers hacks I could use?

Well, my dear friend, it's not as simple as one might think. Let's back things up a little so I can explain.

Hacking and finding game cheats really takes the player as far away as possible from what Subway Surfers is supposed to be played like, and to top it all off, it's also quite punishable. But since we're discussing the topic, let me start you off with a very clear example of what an actual Subway Surfers glitch might look like. 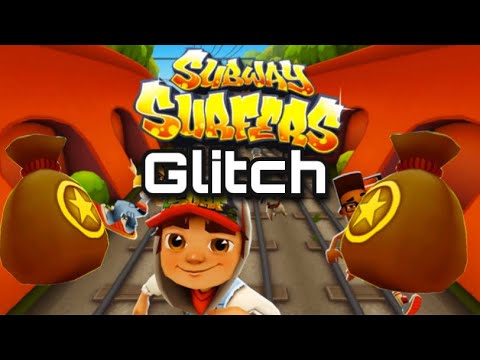 In this video, the player is abusing a game glitch that lets you basically use your Facebook account to claim the free Facebook reward over and over again, by going forth in time on your mobile device by 7 days.

In essence, this is a glitch that lets you abuse the rewards system as many times as you want and claim unlimited rewards. It's not complicated at all - you just need a Facebook account and to connect it to the game. I recommend you don't abuse any such glitches or cheats because it could result in your account being temporarily (or even permanently) suspended.

However, that's not all there is - another player found an even more interesting glitch - if we could say that. They are explaining step by step what is happening, in the video below: 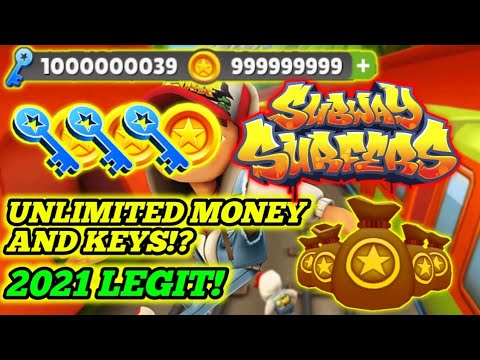 To try and work around this glitch, however, you will need to have some coins and Keys ahead of time. So, it is not as easy to pull off from the very beginning, when you don't have much of either.

This is how this glitch works: it lets you get back all the resources you spend on unlocking various boosters, characters, and skins, and also quickly pass all the season hunt milestones. Basically, anything you spend will be refunded to you as long as you play a short game before, then restart Subway Surfers.

Subway Surfers hacks versus no hacks

Of course, hacks can make things a lot more enjoyable, and in the end, it all comes down to how you like to play a game. KK B is a YouTuber who recorded their 4h gameplay without using any of the Subway Surfers hacks or boosters even (wow!), and they ended up with a high score of 38.881.650. And if you want to watch their entire journey, it's right here: 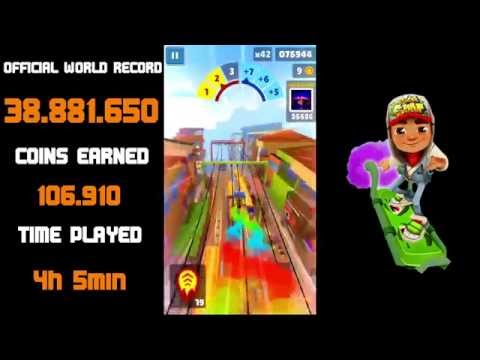 This only shows us that it is very possible, if you have patience and time, to collect tons of Coins and other loot that you'd otherwise use hacks for.

So decide for yourself - do you want to train your reflexes to be like KK B's? Or would you rather follow brainless hacks that could end up getting you permanently suspended in the game? I, for one, rather take my time with it and learn how to enjoy the game to the utmost extent.

To be completely fair with you, there is no reason at all why you should be searching for Subway Surfers hacks. All of these little hacks, cheats, and glitches only take the fun away from this otherwise very competitive and exciting game that's been thriving for years now!
Next Up :
Coin Master free spins - updated daily links (July 2022)