Subway Surfers is one of those games that you've definitely heard about, even if you're new to the mobile gaming scene. It's one of the most popular games on mobile and for good reason, featuring a nice blend of design, swagger, and smooth playability.

The game is an endless runner where you play as different young men and women called Subway Surfers. Your job is to just get as far as you possibly can in order to escape the cops. The cops are chasing you because they see you tagging train cars.

Once you hit start on your screen, you'll immediately be dropped into a game. As you run, you'll be jumping over and sliding under many different obstacles and trains. Bump into any of these objects and it's game over as you watch the cop and his K-9 take you away. Here are a few tips to take note of in this fun urban runner.

jump on Top of the Train Cars 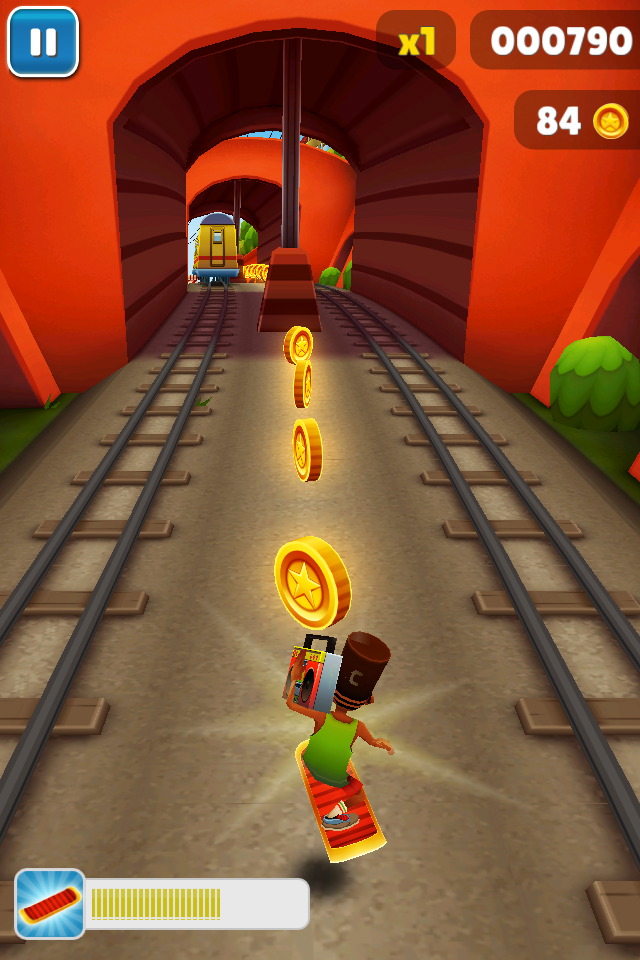 The games can go pretty fast in Subway Surfers but when the opportunity presents itself, definitely try to jump on top of any of the trains you see. Just make sure there is a ramp there because otherwise, you'll smack yourself in the face, fall down, and get carried away by the police.

And no, I most certainly don't mean jumping on top of the moving trains because well, you can't. But getting on top of the parked ones with ramps is good because you'll have a chance to grab a good chunk of coins. Sometimes, you'll find other items that will help you earn rewards as well.

For example, you might see some letters floating. By collecting them all, you'll be rewarded for your efforts. It's sort of like collecting "SKATE" in the Tony Hawk's Pro Skater games in some way. Collecting is just as important (and fun) as just trying to get the highest score possible.

Grab as Many Coins as Possible

We talked a bit about this in the last tip and it kind of goes without saying but there are plenty of coins out there that you can grab during your runs. I wanted to mention this because since Subway Surfers is an endless runner, it's easy to just focus on avoiding objects.

Snatching up coins will allow you to unlock new rewards such as fresh new characters. Some might be more affordable while others may cost a ton. So grinding for coins is never a bad thing. You just have to do some simultaneous thinking.

If you want to try and achieve the best score you can while going for coins, then multi-tasking your thoughts is what you probably need to do. Now, keep in mind that you will always score coins on every single run. It's essentially automatic. But, if you want to put more of an emphasis on this then you can.

Another thing you can do with coins and by completing certain missions is unlocking some boards that you can use. These not only make your game look stylish in the streets, but they can be highly beneficial as well during your runs.

For starters, most of the boards offer special powers that can give you an edge. This can be something like double jump or super speed. This will make things a whole lot easier if you're going for missions, coins and just keeping your score going.

Plus, all of these boards are unique in style. And customization in video games is always a lot of fun. This is a nice way to show off your flair and personality. Stylish and helpful? That's a combination that you simply can't go wrong with, right?