iPhone + Android
| Stormfall: Rise of Balur
[Update] We've added a Behind the Scenes video to the story.

This includes further comments from Megan Fox on playing Amelia Delthanis and being a cool aunt. 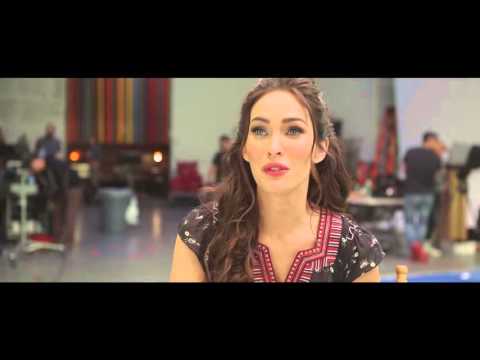 Famous stars featuring in major mobile games is nothing new, with Mariah Carey giving a few seconds of her time to fight battles in Game of War, and Arnold Schwarzenegger barking orders from the command centre in Mobile Strike.

Megan's character is said to be 'fierce' and has a 'strong-willed demeanour' which 'caused her to cut ties with her highborn upbringing.'

Amelia Delthanis will serve as a mentor and guide to players while in the game. As such, there will be a new tutorial as well as a fully-voiced single player campaign with new quests and story.

Interestingly, the press release states that this will be the first in a series of major updates coming to Stormfall over the coming months, potentially hinting at more star-studded celebrities to come.

Talking about her role in the game, Fox said 'Not only do I get a chance to lead players through the beginning of the game, but it's fun to play a very empowered, strong female character.'

Stormfall's success continues to go from strength to strength, with over 7.5 million registered users since the game's launch in January 2015.

You can download it free right now on iOS and Android and see how a medievil war game deals with an arm-filled injection of April O'Neil.