Stick Ninja Smash is another in a reasonably long line of action games on iOS that utilise the simplicity of touchscreen inputs in order to let you unleash swirling tornadoes of violence.

With this one you’re tapping the screen to fly around and punch the bad guys. There’s a lot of punching, a lot of tapping, and a lot of bad guys.

But there are a few niggles here that mean the game isn’t quite worth a wholehearted recommendation. It’s good, but it could be an awful lot better.

Stick it to me

You’re tasked with protecting a sword in the middle of the screen. If one of your enemies gets it, then it’s game over. So punch them. Punch them a lot. Keep punching them. Never stop punching them. 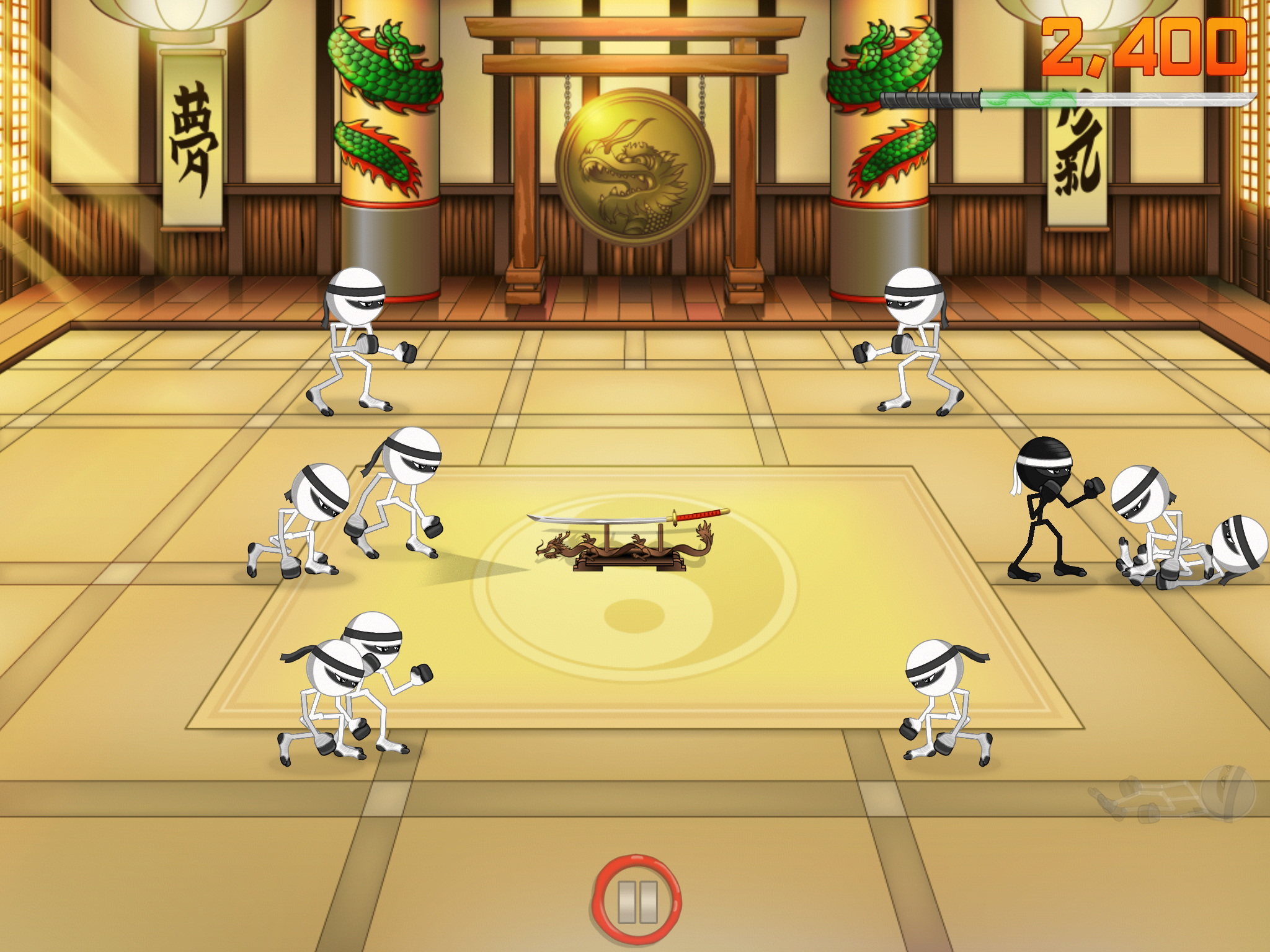 Actually you do stop punching them from time to time when the sword glows green. Then you can pick it up and swing it around your head to chop your foes down to size.

Rather than ending your run when the sword gets stolen, when you’re waving it about you’ll die if you get hit. Because apparently swords make you more vulnerable to attack.

There are a variety of things to unlock with the coins you earn as you play. The problem is you really don’t get enough coins early on. Even after a good few hours of play I’m nowhere near getting the first of the unlockable weapons.

And that’s a shame, because it makes the game feel a little one note. It’s fun to kick the bad guys in the face, but it’s something we’ve seen done before, and done better. 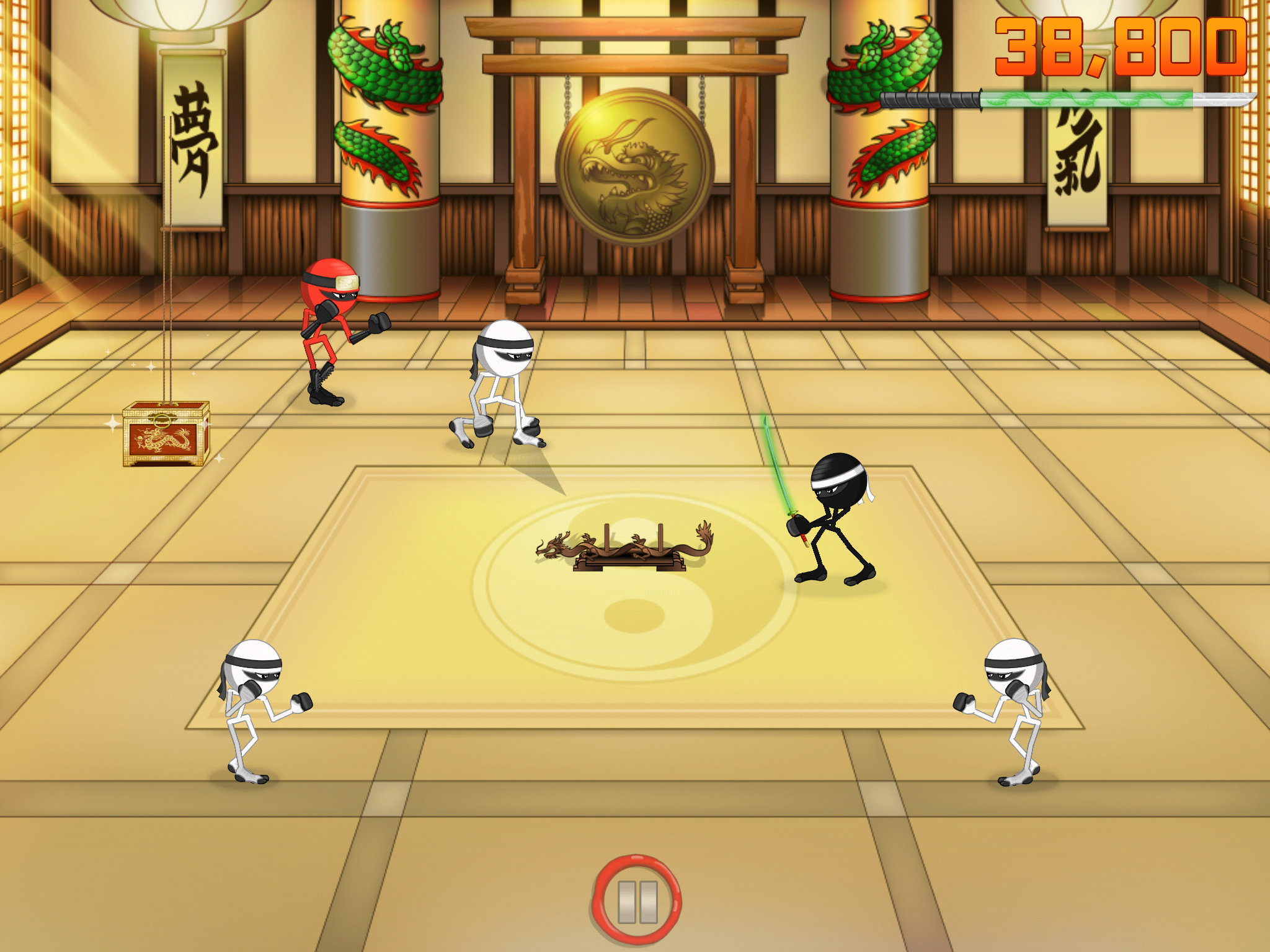 So all too quickly everything starts to feel like a grind. You’re almost literally bashing your head against things trying to get somewhere.

And while the combat is fun, you feel like you’re stagnating way too quickly. Tapping might be the simplest way to fight, but it’s by no means the most elegant or engaging.

Kick it to me

Stickninja Smash starts off strong, but it runs out of steam pretty quickly. With a better understanding of progression it could have been a far more interesting experience.

But as it is it just sort of ambles along, kicking the things that it sees for no real reason other than an overwhelming desire to break things.

I mean, it’s fine, but there are far better examples of touchscreen brawlers on the App Store, and you should probably go and play some of them instead.

What starts off reasonably well ends up losing its way pretty quickly
Next Up :
Hundred Days review - "A success for the management genre"