That's right, just one foot in front of the other

Steppy Pants has been a love-hate relationship for so many players. Despite our protagonist's stumbling manner that rivals those nights at university you'd rather forget, if you haven't already, Steppy Pants is an addictive game and it's just had an awesome update. 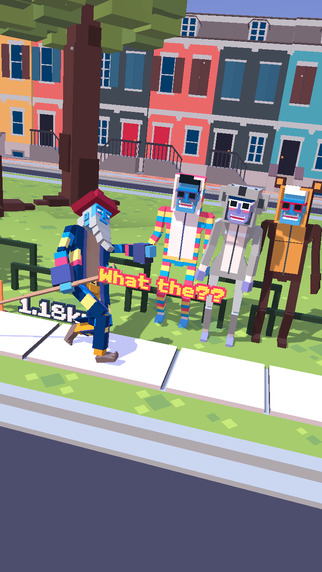 Version 1.2.1 has introduced Steppy Park, a new area riddled with falling dynamite (you'd think they'd fix that) and Moneybags, a new money-grabbing character who rakes in twice as much coin. Along with six new costumes and three sweet onesies to buy, you'll have the fanciest characters ever.

Another nice little feature is rewind button for any missteps. No longer will we have to crash back to the beginning of the level and perform yet another walk of shame.

If you haven't got it already head over the App Store now to pick it up for free.

Steppy Pants makes it onto Google Play without stepping on any cracks, out now for Android

Top tips for Steppy Pants - how to avoid the cracks

Steppy Pants by ex-Halfbrick devs is a stupidly addictive endless walker, out now