Star Wars: Rivals has been in soft launch for over a week now, providing a bunch of evocative pew-pew corridor shoot outs for iPhone and iPad users down under.

I've been playing the game a little through the means of a New Zealand App Store account. Here's what I'm making of it so far.

If Star Wars: Rivals was a Star Wars character, it would probably be Han Solo. It's refreshingly direct but a little scrappy and rough around the edges.

The game isn't concerned with convoluted match-three mechanics, and it doesn't want you to take command of an imperial batallion. It just wants you to shoot Stormtroopers in the face with your laser gun. 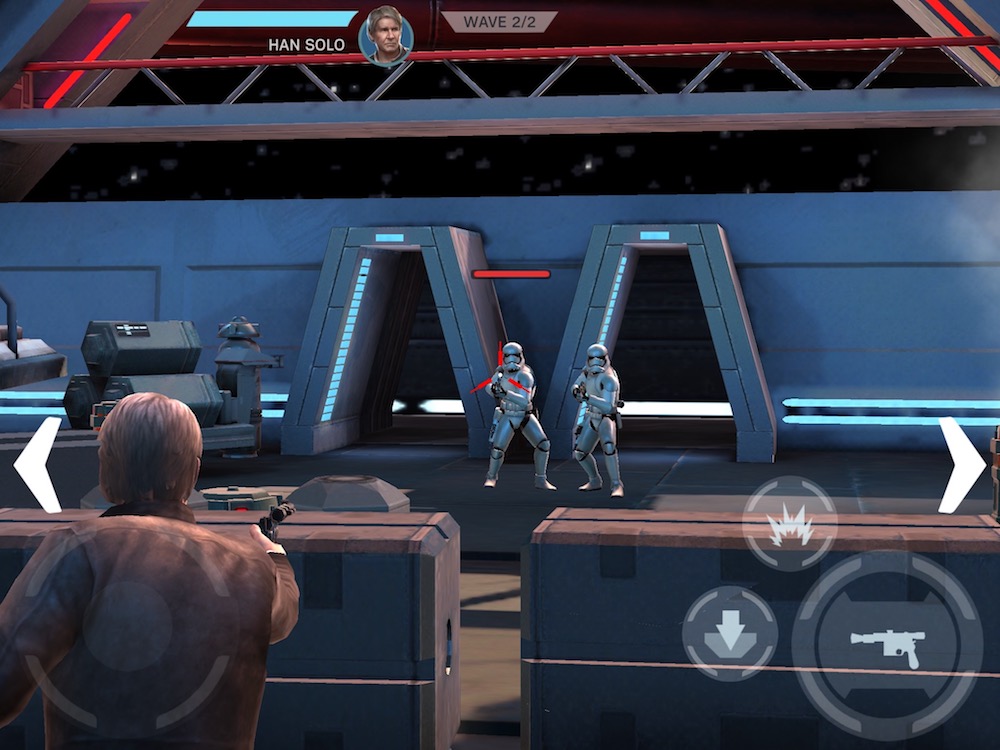 Duly obliging, I found myself in a simplistic semi-on-rails cover shooter that's eager to entertain.

Viewed from behind your character (there are a whole bunch to unlock and play, including Poe Dameron and Han Solo himself), dragging the lower left of the screen aims your blaster and a virtual button on the right shoots.

You're all clear kid

You get bonus damage for headshots, but you can't be too gung-ho. For one thing, each weapon overheats at a certain rate, demanding a little precision.

More importantly, your enemies fire back - and while we all know that Stormtroopers can't shoot for toffee, these ones will score a hit if you're out in the open too long. This requires that you tap a virtual cover button from time to time, particularly while your gun is cooling down. 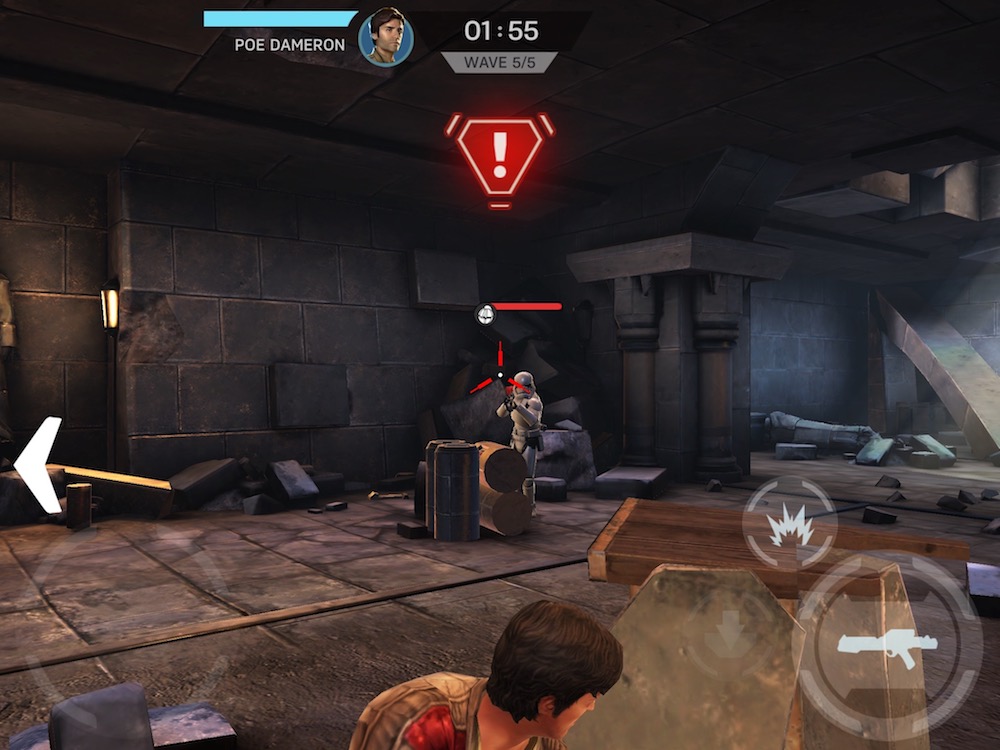 You can't stay stationary for too long either. Incoming drones and grenades will flush you out, requiring a tap of the left or right side of the screen to move to a new cover point.

It lifts Star Wars: Rivals above being a passive light gun-type game, which is welcome.

This greater freedom is a good job, because you won't be coming for the eye candy. This is quite an ugly game, with basic textures and rudimentary character models.

Others will doubtless find the game's reliance on loot box drops and IAPs to fund the next hero splurge a little tiresome. It's too early to tell how well these freemium elements have been balanced. 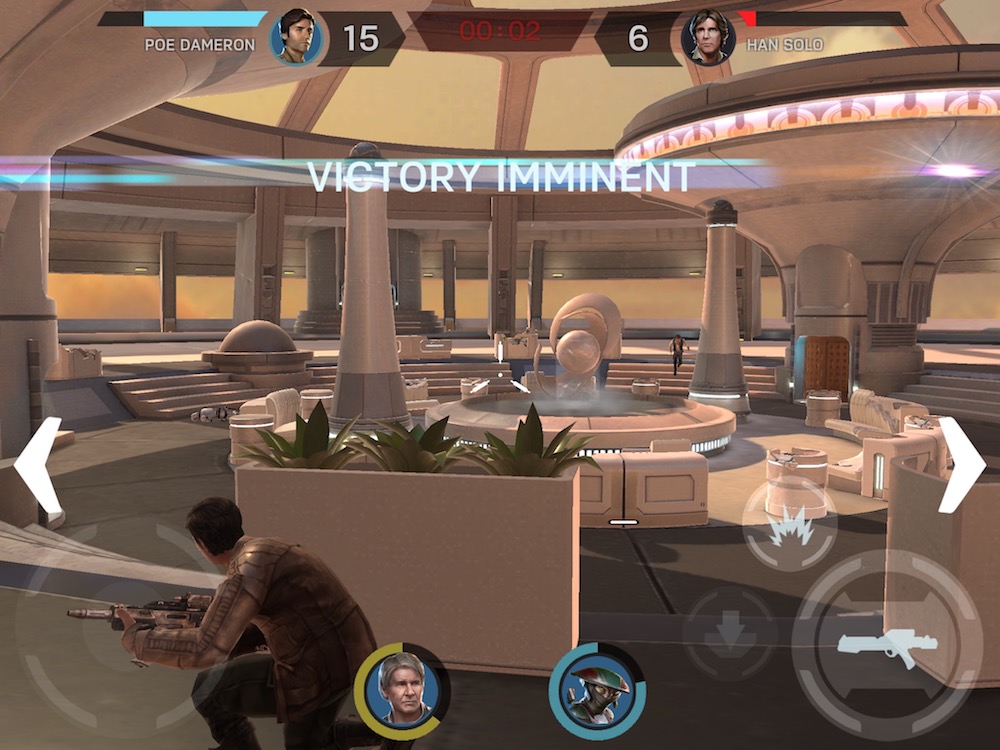 But what will really determine Star Wars: Rivals's success, I suspect, is how players take to its PvP multiplayer mode. Here you head out into a cover-strewn arena with three heroes and a bunch of cannon fodder to take on a similarly equipped opponent online.

I'm not sure that there's quite enough depth or nuance to the movement and shooting mechanics to make this worthwhile over the long haul. Not with the likes of Brawl Stars threatening to redefine PvP on mobile. But like I said, these are early days for this particular New Hope.

At worst, Star Wars: Rivals is going to be an entertaining (and free) way to live out a few of your Star Wars shoot-out fantasies. Don't pretend you haven't got them.

Chrono Legacy tier list - All heroes ranked by their class