Star Wars Rebels: Recon Missions is a run-and-gun blaster you can try for free 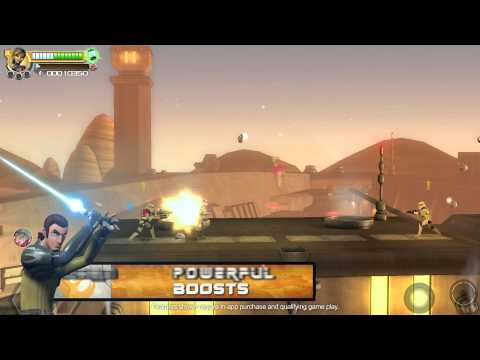 Star Wars games are ten a penny on mobile, but most are card battlers or lightweight strategy games or tower defenders or have angry birds in them.

Here's one where you can actually swing a Lightsaber and wail on Stormtroopers.

It's called Star Wars Rebels: Recon Missions and is based on a TV show I've never heard of. You play as some dude called Ezra Bridger who is trying to save the citizens of some place called Lothal.

In play, it's a side-scrolling action platformer with clever twin-stick controls that let you fire your blaster in any direction while moving about to evade drones and enemies.

You'll also drive Imperial vehicles, battle Star Wars villains, dodge TIE fighters and more. You get four levels for free, but can buy 30 more with a £3.99 / $4.99 in-app purchases. Other IAPs are available, too.

You can get it on Android and iOS. The Apple version has Metal support if you've got yourself one of them fancy new devices.