Everybody churns. That's the brutal truth for every F2P game developer.

No matter how much blood, sweat, and tears you put into your games, at some point even the most fanatic fan stops playing and moves on.

As with romance, there are many different reasons to leave your game. In the Tinder era, there's an almost infinite selection of other games available, and casual flings quickly fire up and burn out.
Even for those interested in a long term relationship, there are always dozens of sparkling new games offering up the promise of years of deep engagement.

And - hopefully without stretching the metaphor to breaking point - I find myself much less attentive to Star Wars: Galaxy of Heroes' charms than was once the case.

Of course, given I've been playing the game for two months short of three years, that's perhaps not a surprise. During that period, I've played hundred of other games, but even the glossy appeal of Marvel: Strike Force hasn't replaced my first love.

Despite the enormous updates the development team at EA/Capital Games has delivered over the years, adding in a spaceship battle mode, dozens of new characters, a deep Guild system, numerous special events, and most recently a heavily reworked crafting system, I find myself completing the daily challenges less and less frequently. 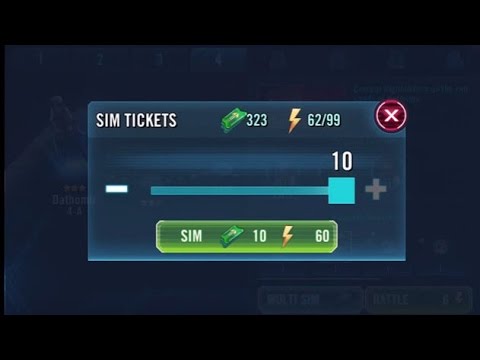 Partly the issue is, after two and a half years, I've pretty much done everything I want to in the game and my core characters are pretty much maxed out.

That makes it difficult to care when new characters are introduced, because I know it will take months of grind to get them to the level where they might be useful to me. Equally, to continue to level up my existing characters will require a lot of time, money, or, more likely, both.

And yet, after two and a half years, I'm still not sure I'm ready to stop playing.

Partly that's because of the somewhat foolish but nevertheless real psychological attachment I have to my guild. To give the developers credit, I'm also interested in the new crafting system because - embarrassingly - I never really understood how the old version worked.

Maybe I can still crank out an improvement in my Battle Arena ranking after all?

Let's give it another couple of months.

If this column has given you food for thought, share your comments below and bookmark Jon Jordan's page for more of the same next Monday. Remember to also check out words of wisdom and mirth from experienced games journalists Susan Arendt and Harry Slater each week.
Next Up :
Best upcoming mobile games in 2021