We picked up on one of ngmoco’s new game in and amongst its new iPhone 3.0 line up of LiveFire and TouchPets Dogs – a 3D tower defence game called Star Defense.

What looks especially interesting about this new take on an old concept is that instead of being played on a flat plane, as we usually see with this prolific game style, the invasion winds its way around a 3D spherical planet.

Using pinch and pull to zoom in, and the touchscreen to rotate the planet as the invading aliens work their way around it, you’ve to build up as efficient a defensive array as possible to stop them reaching your base at the end of the path.

Star Defense’s new layout looks pretty exciting, as it really lifts the game off the screen, as you can see in the new gameplay video ngmoco has just released.

Hopefully this one will be with us shortly, so have a gander at Star Defense below. 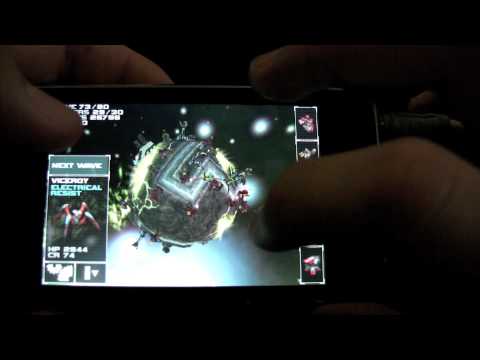