Ngmoco pushes out its new tower defence game in person

We’ve been following the progress of ngmoco’s hot new tower defence game, Star Defense, since it was first announced, and had been hoping for a bit more info through the Worldwide Developer’s Conference. As luck would have it, ngmoco got up on stage to explain a little bit more about how the game will evolve alongside the iPhone.

Star Defense takes the tower defence genre and wraps it around a host of 3D planetoids and the threat of alien invasion. What’s particularly interesting is that Star Defense will get an extra shot in the arm very shortly when the 3.0 software update goes live.

The game will feature head-to-head gameplay – any time, anywhere – and will allow for updates and additional game packs (that you’ll presumably be able to buy using the new micro-transaction system).

And to top things off, ngmoco happily announced the game is live on the App Store right now. Keep an eye on iTunes for it to filter through any time now. 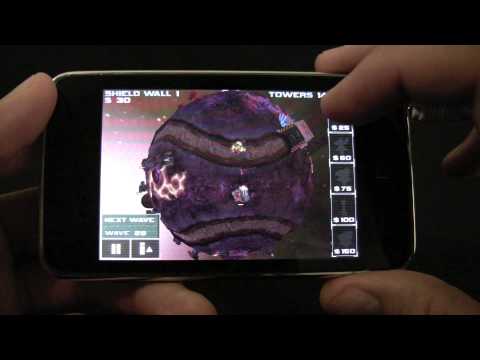 Updated hands on with Star Defense on iPhone