Everything you need to know about Kickstarter sensation Star Command

How much does it cost? Can you customise your crew? When is it out?!

This is the oft-delayed and long-awaited mobile game that's enjoyed two Kickstarter campaigns and attracted almost $200,000 in crowdfunded cash. It's kind of a big deal around here, okay.

As I explained in my Star Command preview, it might not quite be what you're expecting. You can forget any plans about exploring the universe, conducting science missions on Phobos, or having diplomatic negotiations with aliens.

No, this game is all about combat. Fun, chaotic, tense, and tactical combat. But just combat, really.

If we weren't entirely clear about any particular element in our preview, here's a complete rundown of everything you need to know about Star Command.

When is the game coming out, and how much will it cost?

The developer is staying understandably silent on this (Star Command has missed more release dates than Duke Nukem Forever), but an April launch - for the iOS version, at least - seems feasible right now.

On which platforms is the game coming out?

As far as we can gather, the game will debut on iOS, with an Android edition following closely after. Expanded PC and Mac versions are promised, too.

Are there any in-app purchases in Star Command?

No. You can only buy upgrades and new crew members with tokens, which are awarded after a successful battle.

There are also no energy systems, pay-to-skip buttons, or buyable hats. There are wait timers, but you can't pay to expedite them and they're never more than a minute long. 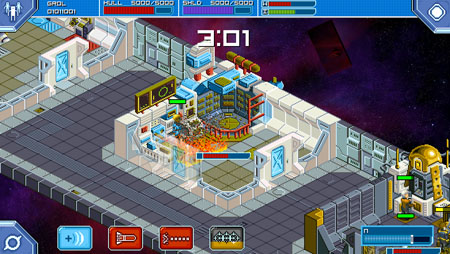 In how many ways can I customise a crew member?

You pick crew members from a pool of randomised human or alien astronauts, depending on where in the galaxy you hire new units. There doesn't seem to be any appreciable difference in the species (or gender) you pick.

You can rename your crew, mind, if you want to get the full Star Trek experience.

Characters earn experience points in combat, science, and repair as they perform the associated jobs. If you get a certain number of points in one area, you'll unlock a special ability like faster movement speed, a greater aiming range, or faster repair.

To what extent can you customise your ship?

At the beginning of the game, not by a lot. You're forced into quite a specific layout by the tutorial, and your only options for customisation are to upgrade individual rooms.

You can upgrade a room by spending tokens. These upgrades range from making the military mini-games a little less demanding to making crew members heal faster in the medical bay.

These upgrades also have an aesthetic influence. If you put a supercomputer in the bridge, for example, you'll see a little pixellated processor appear on your ship.

You can apparently get a larger ship, which you can decorate to your choosing, in your second playthrough.

Can you engage in intergalactic diplomacy?

Not really. In most cases, conversations with roving alien ships will end in insults, threats, and then all-out war. Even in times where you're given an option to work with another ship, or trade tech, it will still end in war eventually.

There is at least one actual decision you can make, though. Early in the game, you're asked with making quite a big choice, and your decision will change the story, some locations you can visit, and the missions you'll take.

So, don't expect to do business with every alien you come across, though there is some scope for decision making. 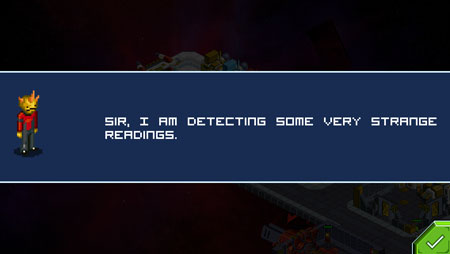 Can you devote your life to science?

No. In Star Command, a scientist is just another word for a healer. In the game, these so-called researchers simply heal wounded crew members and fix the ship's protective force field. Handy to have around, but not very scientific.

Can you explore the universe?

If by 'explore', you mean 'explore for new alien creature I can kill', then, sure, you can explore.

Once the tutorial is over, you are able to jump between a handful of different planets and take the associated missions in any order you like.

You're only picking locations from a map, though, so you don't get to dive into the deep expanse of the cosmos by yourself.

Can you change the difficulty level?

Not on your first go, no. You get lumbered with Normal, and there's no Easy.

Difficulty options labelled 'Heavy' and 'Black Hole' are locked at the beginning, but are presumably unlocked when you finish the campaign once.

How many save slots are there, and does the game have iCloud support?

There are three save slots, and one autosave slot which automatically marks your progress when you win a battle.

Doesn't seem to be any iCloud support, no. 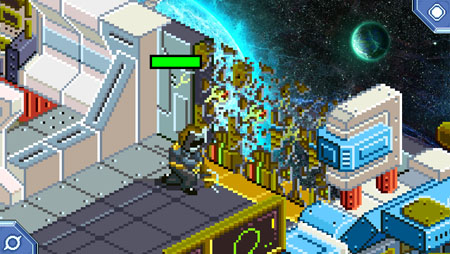 Will the game be updated after it comes out?

All signs point to 'yes'. There's a "Coming Soon" button on the home screen of the game, which features a picture of an eyepatch-sporting space marine and a dog.

Also, if you select a crew member and hit 'contraband', the game displays a "coming soon" message.

Got any more questions? Chuck them in the comments section below and we'll do our best to answer them.