Hands-on with Star Command - lasers, robots, and a hull breach in the medical bay

There's an alien spaceship in orbit around Pip: an unassuming red planet in the Tarsus system.

The pixellated alien captain hails my claptrap starship and says he wants to trade technology. In a sign of friendly diplomacy, I agree to engage my teleporter and welcome the extraterrestrial tradesman on board.

But it's a ruse. He teleports a bomb into a corridor on my ship which promptly explodes, setting the bridge on fire. My hull takes critical damage, causing a great rift to open in the side of my ammo dispensary. A bearded engineer is sucked out into space and dies instantly.

The alien declares war, sends a barrage of laser fire at my ship, and teleports six of his soldiers outside the door of my medical bay. 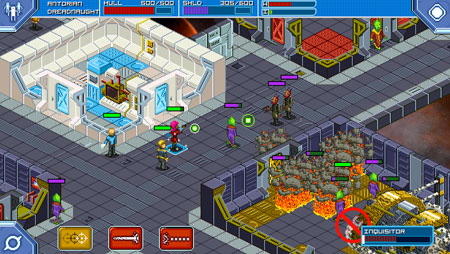 This is an average day in Star Command - a spaceship battle simulator, one of the most hotly anticipated mobile games of all time, and an early product of crowdfunding site Kickstarter.

In an unprecedented pair of Kickstarter campaigns, the team at War Balloon raised almost $200,000. But that was over a year ago.

But it's finally (almost) here. We've gone hands-on with a practically complete version of the game, built a ship from scratch, explored the universe, hired some crew members (both human and not), and got in more than our fair share of real-time tussles with aliens. Here's how it went down. In Star Command, you're cast as the captain of a tiny starship, which you build by placing down rooms. Each room has a unique property - red rooms house massive weapon systems, yellow service rooms produce ammo, and blue rooms repair your shield and heal wounded crew members.

Any crew member working in those rooms will not only sport an appropriately coloured Star Trek-style shirt, but will also have helpful abilities.

Red shirts can fire on enemy aliens (and birds and zombies and robots) who happen to board your ship; yellow crew members are engineers, and will repair damaged rooms and equipment; and blue-shirted scientists are medics who heal nearby crew members.

Luckily, you can reassign crew members on the fly. If your last engineer just got sucked out into space, a scientist can quite comfortably don a yellow shirt and pick up a welding torch.

It pays to keep your crew in one line of work, though, as they will unlock special abilities in their respective fields (more accurate aim, say, or faster repair skills) as they level-up. 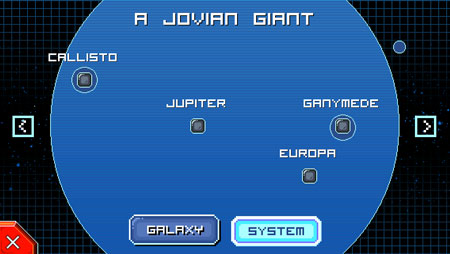 Once your crew and ship have been appropriately arranged, you can jump from planet to planet - system to system, galaxy to galaxy - on the hunt for intelligent life.

Whenever you park your ship in some planet's orbit, you'll be hailed by the captain of a nearby ship. And in most (if not all) cases, this kickstarts a feisty intergalactic battle. Ships will swap laser fire, and aliens will board your ship looking for a fight.

Combat is fast paced and chaotic. You'll be juggling a handful of different events - repairing your ship, dodging incoming attacks, firing your weapons, and getting into close-quarters scraps with alien foes - in real time.

There's certainly some strategy to proceedings, but it feels more like time management than tactics. It's all about deciding your priorities, and keeping a cool head, as you go through the motions of both defending and attacking. 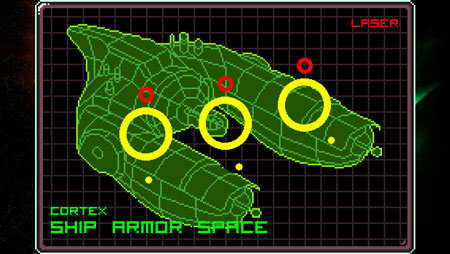 Another hint that Star Command is not a strategy game is the selection of mini-games you have to play before you can fire your weaponry.

It's simple stuff - like a rhythm-based game where you tap the screen as a spinning dot overlaps three circles - but it's still a pain when you waste a crucial opportunity to attack because you messed up on a goofy Guitar Hero reject.

Still, the ship battles can be phenomenally exciting stuff, and it's truly satisfying when you win - especially if half your crew has been vaporised, your engine is on fire, and there's a rather dangerous hull breach in the laser cannon room. 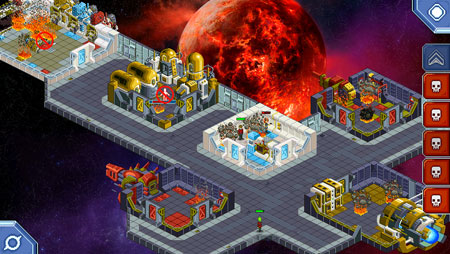 You'll also have to tidy up, which involves some slightly annoying micro-management. Having to methodically repair your broken ship after a closely fought battle is a nice reminder of just how close you came to being blown to smithereens, but it's also a bit of a faff.

Another downer is that many elements of the game are not made especially clear. There's no way to get more info on a specific room or character or interface element to find out what it does, for example, and there's a lot of trial and error as you sort stuff out.

But the game is still in constant flux. In the few days we've had access to this preview build it has gone through numerous changes, fixes, and difficulty tweaks.

At this point, it feels like the game needs to be physically pried out of the developers's hands if it ever wants to see the light of the App Store. 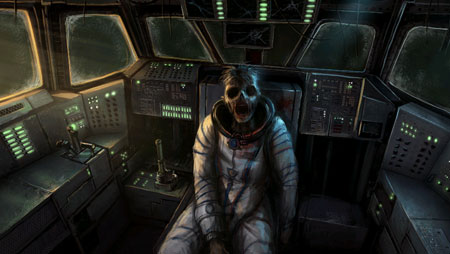 Reading the original Kickstarter pitch - written in September 2011 - it seems like the game's original focus is mostly intact. But a few elements have been lost along the way.

We were promised a Civilization-style option to avoid warfare and focus on exploration, science, and diplomacy, but that's not really feasible in the final game - if you don't have a pair of guns and a crew of soldiers, you won't get far enough out to write one research paper. 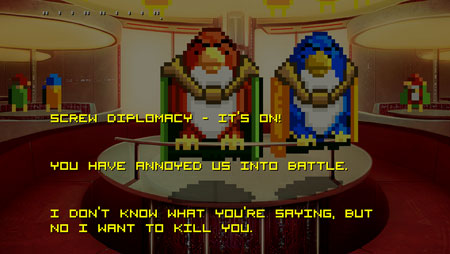 Star Command is not a deep strategy game, and it's not a game about science or diplomacy. But what it does focus on - feisty spaceship battles, and scrappy shootouts in the medical bay - are a real joy to experience.

There's a compulsive thrill to fighting these battles - both in the predictable step-by-step process you take to defend and attack enemies, and in the chaotic upset when your last engineer is sucked out into the deep expanse of space.

Whether or not you'll be satisfied by Star Command boils down to how involved you've been in the game's long and tortuous development. It is not exactly how the 2011 pitch video suggested it would be, and promised features have been jettisoned along the way.

But take it at face value - as a game about blowing alien spaceships into tiny bits - and Star Command is an enormous and satisfying sci-fi romp.

Was it worth the wait? You'll have to wait for our review to find out.

See it in motion below: 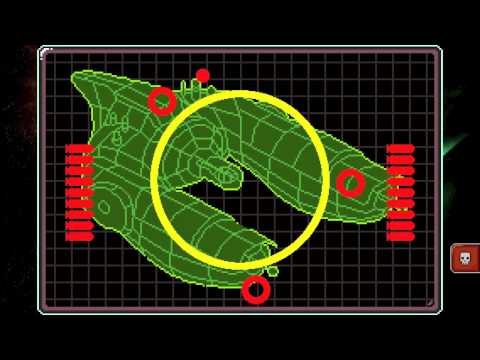