Spillz will make you scream in frustration, but it's all part of the fun

Columnist Susan Arendt tries to keep her cool... and her ballz

Welcome to Susan Arendt's latest column on Pocket Gamer. In 2018 we've recruited the best writers and most experienced gamers in the industry and asked them to inspire us. Today Susan takes a look at Spillz, and does her best to keep her cool despite its endless frustrations...

That strangling noise you hear is me playing Spillz. It is the result of me trying to keep 100 balls (or pieces of confetti if you happen to unlock that skin) in a bowl as it blunders its way earthward.

And just when I'm THIS close to getting the damn thing all the way to the goal with a sufficient amount of stuff still cradled within its crystal confines, it hits a block and tilts exactly the wrong way and ends up spilling everything all over the floor.

And then I make a noise akin to Darth Vader realizing Padme is dead and I hit restart because I cannot stop playing this wonderful aggravation of a game. 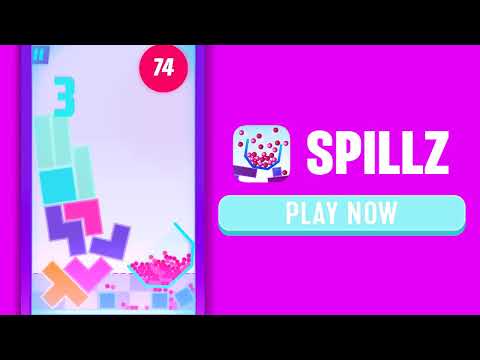 I am not one to play frustrating games, as a rule. There should be some kind of challenge to overcome, certainly, but I'm not drawn to games like Super Meat Boy or Dark Souls because failing a dozen times to make an inch's worth of progress is not my idea of engaging entertainment. But Spillz keeps me coming back for two key reasons: the point of failure is always obvious and rest is immediate.

The object of Spillz, as I've said, is to get as much of the contents of the bowl as possible from the top of the screen to the bottom, which you achieve by removing awkwardly-shaped blocks one by one from the Jenga-esque tower keeping the bowl aloft.

Remove the wrong one at the wrong time and the bowl tilts, spilling balls everywhere. Drop the bowl from too great a height and physics does its thing and some of the balls come out. Tap a block, it disappears and the bowl moves.

Spillz takes a simple idea and concepts you already understand (don't spill stuff, gravity is a bitch) and sets you loose. No huge tutorials or text to sift through. From first tap to comprehension is about maybe thirty seconds of your time - ideal in a gaming space where so many titles are battling for your attention.

Just as the concept is a cinch to absorb, so is understanding what's gone wrong, because everything adheres to laws of physics you already know. When you drop a flat-bottomed bowl onto something other than an equally flat surface, it tips, and in Spillz, tipping is the beginning of the end. If your bowl is cockeyed, it's because you didn’t take the right blocks away quickly enough or in the right order. Do that bit better and you'll be fine. (No you won't, but hey, don't stop believing.) 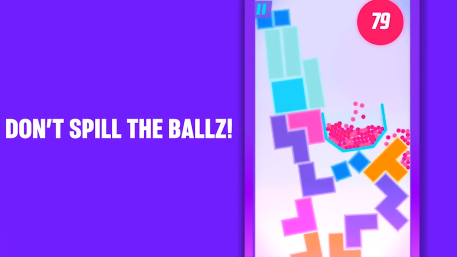 And when you fail - which is essentially a current state of being while playing Spillz - you can try again as fast as you can blink. No waiting to reload or any kind of cutesy nonsense asking you if you're sure or any other jibberjabber getting between you and your next attempt which will no doubt be the one that finally succeeds. (It won't.)

You don't even have to wait until your uncooperative bowl reaches the goal to restart - as soon as you see things starting to go horribly wrong, one swift tap and you're back at the top of the tower with a pristine pile of balls as though nothing untoward ever happened.

You can work through different strategies in seconds, with a minimum of friction. The frustration comes from the challenge, not the work it takes to get to the challenge.

Which is how I find myself attempting this particular level of Spillz for the I-don't-even-knowth time. Why is there a big honkin' round block in the middle of this tower? WHY? I mean, sure, remove it, obviously, but it's supporting the two rectangles on the sides, which is what's bracing the z-shaped blocks above, and those are holding up the bowl, so ok.

What if I drop the bowl onto the round block and then - but wait, this little square is in the way, so ok, what I have to do is...

Read more of Susan Arendt's columns on Pocket Gamer, and find out more about Spillz at the game's official site. If you're looking for more columns, then check out Harry Slater and Jon Jordan, who are always on-hand with sharp, tasty opinions too.
Next Up :
Diablo Immortal release date and the rest you need to know