Grand Pike, in collaboration with Arctic Game Lab, has launched its mobile fantasy strategy game Spelldust. The game is available now for iOS and Android devices after being in a period of early access soft launch in some Nordic countries.

Spelldust is a real-time strategy game described as a mix of Hearthstone and Clash Royale. Complete with a magical wizard theme, you take part in big PvP fights which use preselected spell cards and fast combat.

These card mechanics are inspired by traditional card games, such as Magic The Gathering and the already mentioned Hearthstone, but it’s played in a real-time format that gels a bit easier with the mobile format.

You can watch the Spelldust teaser trailer below for a closer look at the game’s intense wizard duels played in the card-like format. 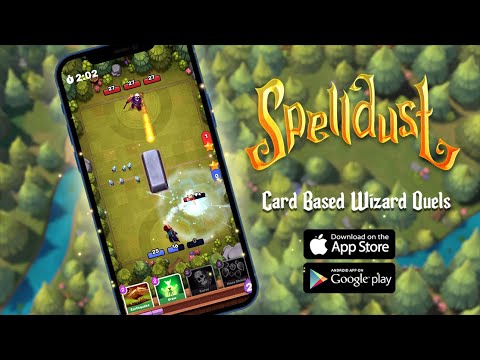 “We are really excited about launching Spelldust and thrilled to show the world what we been working on for the last couple of years.”, said Daniel Öhgren from Grand Pike earlier this month. “We have developed Spelldust for gamers, and we want to include our players in helping us improve the game in the future.”

If the name Spelldust seems familiar to you, it’s because the game had already soft launched in a couple of territories back in April. This helped the developer team establish an early start for the community, which helped give feedback for possible changes to the game.

Spelldust is available to download now from the iOS App Store and the Google Play for Android store, where it is a free to play game with adverts and in-app purchases.

If you enjoy playing strategy games on your iPhone or iPad and would like to find out about more that we'd recommend, be sure to check out this list Jon has put together of the best on iOS.
Next Up :
Ninja Must Die is an upcoming combat-focused action runner with stylish ink-based visuals, now open for pre-registration