Space Spacy is a reverse Space Invaders, out on iOS and Android

No shooting, all drop

You know the classic Space Invaders set-up, right? You play as a ship and shoot the rows of aliens that descend from the top of the screen.

Well, out on iOS and Android today is a game called Space Spacy, which is an inversion of Space Invaders. Yep, instead of shooting the aliens, you are the aliens. Well, sorta.

There's only one of you, you see, not a whole army. And it may be that you're a man holding on to a balloon, or riding a broomstick like a witch, instead of being an alien. But the idea is the same.

So, yes, your goal is to dodge across the screen to avoid enemy fire from down below. To score points you need to fill a gauge by collecting energy. Once the gauge is full you can tap the screen to drop down.

Of course, as you drop further and further, you get you less time to react to the bullets, making it harder. You win the stage by reaching the bottom. 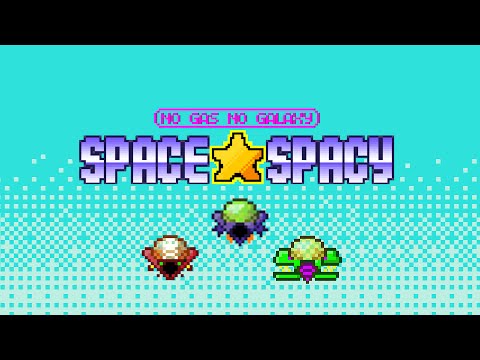 Completing a stage gives you a star, which you can use to buy new ships and outfits. You can also get five stars for watching a video ad. Plus, there's a 79p / 99c IAP available if you want to leave a tip, and it also nets you 50 stars.

Anyway, after every two stages you complete, you get a boss stage to beat. In these, the challenge in upped further as a monstrosity fires streams of bullets at you. Yeah, good luck.

Space Spacy is the third game from Brazilian developer Henry Gosuen. He's becoming one of my favourites if only due to his range of ideas and the originality of them.

His first game was the experimental puzzler-RPG RPG North Wind: Trill of Consciousness. His second was the delightful musical adventure The Trip.

If you enjoyed those then you owe it to yourself to check out Space Spacy. You can download it for free on the App Store and Google Play.

Space Spacy - The videogame equivalent of being punched