That did NOT take long

It didn't take long for Space Chicks to become a free-to-play game, did it, folks.

You see, the game came out on November 20th with a price tag of 69p / 99c. Three days later, however, it costs precisely nothing.

To mollify those who happened to purchase Space Chicks BEFORE it became an F2P game, though, Crescent Moon Games has promised a free 20,000-coin pack to anyone who paid for the game during that three-day period.

It's an interesting move, sure. Whether it'll be enough to calm the rage of the people who thought they were buying a premium product remains to be seen, mind.

If you hadn't bought the game, though, and you fancy giving it a go, it won't cost you a thing any more. You can check out some Space Chicks gameplay in the video below. 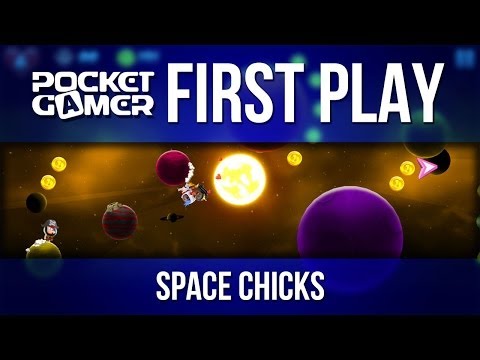 Out at midnight: Space Chicks is a fun, but super-uncomfortable, gravity platformer