SoulWorker Anime Legends is an ambitious mobile adaptation of hit PC MMORPG SoulWorker, which first launched back in 2018. Boasting a stylish cel-shaded art style, an eclectic and likeable cast, and an atmospheric post-apocalypse to explore, the game aims to deliver an interactive anime experience unlike any other.

With mobile ports having only just arrived this week, we decided to speak to Executive Producer Botond Nemeth to discuss how the team brought such a giant world to mobile, how the series' fast-paced combat translates to touchscreens, and what exactly marks the game out as something special. 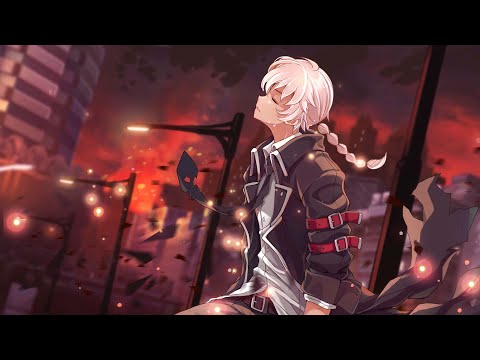 Subscribe to Pocket Gamer on
Who are the SoulWorkers?

SoulWorkers are survivors of the Great Void, an all-absorbing portal that threatens the world and has been the cause of death for many people. With their strong emotions, SoulWorkers can transform their souls into powerful weapons to fight against the countless demons who arrive from the Great Void.

Here's a brief introduction to each of the SoulWorkers:

Haru Estia - A warm-hearted girl who lost everything the day the void opened. She uses revenge as her source of power. She is represented as a very powerful SoulWorker who cares deeply about her friends.

Lilly Bloommerchen - A passionate girl with a somewhat condescending demeanour who loves to fight and show off her powers. She is a dangerous character who loves to wreak havoc on the enemy forces as she fights them with a terrifying force.

Erwin Arclight - A fearless and reckless boy who does not waste much time even in the direst situations. He uses pleasure as his source of power, and his notorious confidence is only surpassed by his extreme curiosity. 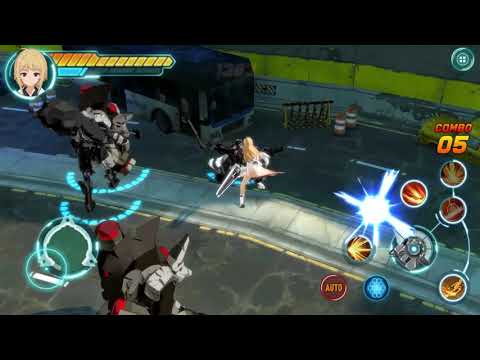 Stella Unibell - A young girl who seems oblivious and naive at times, but the strings of her guitar radiate sadness and sorrow. Her wolf-like ghosts, named Howlers, support her and protect her from the monsters she fights.

Jin Seipatsu - A caring boy who is a fighter for justice, not letting a single impunity pass by. He uses integrity as his power and fights next to his allies. He could also be classified as reckless, often wanting enemies to focus on him instead of his friends.

Iris Yuma - A merciless and destructive girl with never-ending rage in and out of battle. She has long withheld bitterness and anger about the death of her family and uses her rage as her source of power when she fights.

This started life as a PC game. What have you had to change for mobile?

The client and mobile version of SoulWorker share the same IP and the overall background story. The playable story, however, shares only some key points. Regarding the content and features, however, the games have few similarities.

Like in the PC version, each SoulWorker has their own unique combat style and story, and that is something that we wanted to make sure transferred well into the mobile version. Specifically, for mobile, we developed an auto-combat feature that gives the AI full control over the player character when in combat. 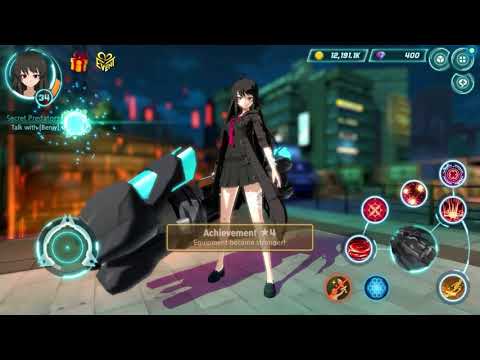 Subscribe to Pocket Gamer on
There's an emphasis on fast-paced combat in the PC version. How do you keep combat fast and accurate on a touchscreen?

All the skills can be connected as combos, evasion, and guard skills that provide our players with a fresh kind of combat tension and excitement that will feel somewhat familiar to what they can encounter in the PC version.

The dynamic gameplay feels the same to some degree based on internal and external feedback we have received so far. Most skills are the same but due to the different controls and UI, there are fewer skills in comparison to the PC version for the sake of keeping combat mechanics simple to learn, satisfying to use, but also requires some growing expertise on behalf of the player.

Each character class has 6 exclusive skills and 9 passive skills. The exclusive skills are mostly the same as the PC version ones but cannot be customized nor used in combinations. Upgrading also works differently. The maximum level of each skill is based on the level of the character.

On the mobile version, players can unlock all skills quite early and upgrade their powers. The purpose of levelling skills is only to get stronger. It does not change the way the character is played but provides higher satisfaction in terms of combat power. 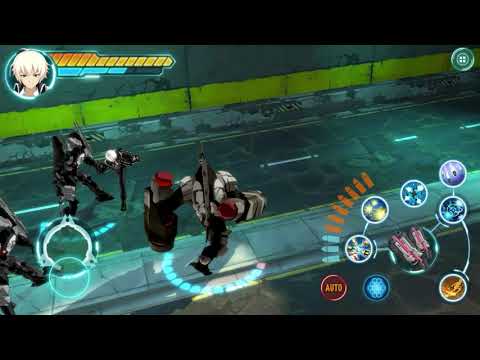 Subscribe to Pocket Gamer on
Grind is a big component of MMOs, and can sometimes be more tedious than enjoyable. How do you balance this and keep players engaged in the game?

Grind has some importance in SoulWorker Anime Legends; however, equipment growth is not as challenging as it is in the PC version. Between the grind and character growth, our players can enjoy the PvP and a great diversity of content that provide different materials or high-quality items.

Additionally, the auto-combat feature that gives the AI full control over the player character when in combat also makes the grind a lot easier when players choose to take that route.

What surprised you most about porting a game to mobile vs developing for console or PC?

The SoulWorker franchise has a very active global community, and the PC version provides a very engaging anime battle experience that presented some challenges when it came to the balance of transferring something over enough to remain true to the source while being able to provide something fresh that also felt smooth on a very different platform. We wanted to make sure the rich story and core fun of the PC version transferred over well while being able to create something fresh and fun that also felt enjoyable to play through on mobile devices.

One of the most notable advantages of the switch to mobile is the battle camera point of view. Mobile's camera view is not fixed at this time. Nevertheless, the biggest advantage is that the camera view naturally changes according to skill use and map movement.

Additional info, screenshots, and more are available on the game's Facebook page. And you'll find SoulWorker Anime Legends up for download now as a free-to-play title from both the App Store and Google Play.