Soccer Manager 2022, the newest edition in the series, is now out on Android and iOS

Soccer Management Ltd. has released the latest iteration of its biggest title, Soccer Manager 2022. It is officially licensed by FIFPRO and features a roster of thousands of real-life football players. The roster includes over 900 clubs and players from the top 35 footballing countries.

Soccer Manager 2022 prides itself on letting the player control every aspect of a football club. The responsibilities include everything from the finances of the club to the on-field tactics. It is also partnered with FIFPRO. FIFPRO, also known as Fédération Internationale des Associations de Footballeurs Professionnels, is a global representative organisation for over 65,000 professional football players. You can learn more about it by going to the FIFPRO official website.

The latest iteration also features an improved match engine. This promises to make the game feel more immersive their decisions can have quicker and crisper responses. This will also make the soccer players' on-screen movement and ball handling seem more fluid. 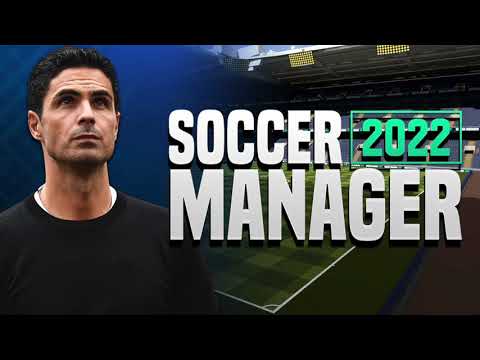 The gameplay itself is more akin to an RTS than a sports game you might associate with its contemporaries. I believe this brings a well-needed breath of fresh air to the football games market. Soccer Manager 2022 also allows the player to be in charge of trades and stadium construction, allowing for multiple strategy layers. To get a better idea of the title, be sure to watch the official release trailer attached below.

Soccer Manager 2022 is now out on Android and iOS

Soccer Manager 2022 is now out globally on Android and iOS. Interested players can download it from Google Play and the App Store. For more information regarding Soccer Manager 2022, players can visit the game’s official website. If you are a true football (or soccer) fan! Don't forget to check out our list of Top 25 best football games for Android phones and tablets.
Next Up :
Honkai Impact 3rd is launching version 6.2 The Chrono and the Hare soon