Strange timing for the summer, but maybe it's the impact of games such as Air Penguin: anyhow Alawar Entertainment has just released Snowy: The Bear's Adventure for iOS.

The action-arcade platform shooter has you leaping around 88 levels, creeping up on the goofy monsters therein. Throwing snow balls at them turns them into snowballs you can kick away. You have to clear each level of monsters to progress to the next. 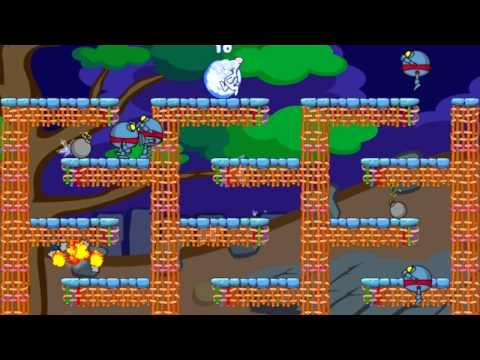