Sniper Champions, Gameloft's target shooting title that puts your marksmanship to the test, is out now on iOS and Android

Gameloft is calling all target-practice enthusiasts to dive into Sniper Champions, its new competitive mobile game that's out now on both iOS and Android devices. The precision target shooting title on mobile lets players flex their marksmanship skills and compete against AI and other enthusiasts on the leaderboards.

In Sniper Champions, players can test their skills in asynchronous matches against the game or go head-to-head with other players in real-time. You'll have to use not just your skills but also the right gear in order to hit the bullseye amid factors like the wind, distance, and other challenging obstacles. You'll travel across beautiful locales and customize your weapons to hit both stationary and moving targets as well. 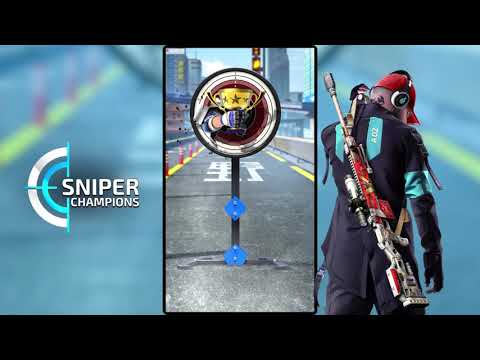 “Sniper Champions is a wholly new approach to sharpshooting games on the marketplace,” says Thomas Aurick, VP of Creation at Gameloft. “We wanted to lean into the real-world competitive aspect commonly seen in major international sporting events, and players will find a game that reflects that. Sniper Champions is a brightly colored and customizable game where the competition is tough and the physics are real, and a bullseye is an achievement.”

If you're keen on giving the game a go, you can download Sniper Champions on the iOS App Store or on the Google Play Store for Android devices as a free-to-play game with in-app purchases. You can also take a sneak peek at the embedded trailer above to get a feel of the gameplay, or join the community of followers over on the official Facebook page to stay updated on all the latest developments about Gameloft.

Are you on the hunt for more sports titles to play on your mobile device? Why not take a gander at our list of the top 25 best sports games for Android phones and tablets?