Smite Blitz, the mobile spin-off to the popular MOBA, is available now for both iOS and Android after being in an out of soft launch in various countries over the past couple of months.

It's not simply a port of Smite either, instead of a MOBA, Blitz is aiming to be a tactical RPG. You'll create a team of Gods from a roster of over 60, though you'll have to collect them first through Gacha-like pulls. You'll have to take into account the formation of your team and you'll also be able to combine Gods to gain boosts through the sidekick system.

There are multiple game modes on offer including PVE and PVP. There's a story mode that begins in Ancient Egypt where dark forces are attacking the Gods' dominion. They're also attacking the mortals who worship these deities, so it'll be up to you to save them. Here you'll fight waves of enemies, defend towers and chase after fugitives. 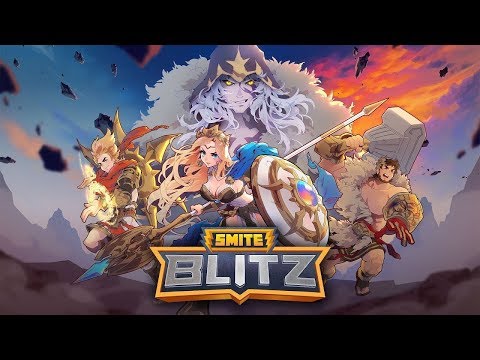 There are four different PVP modes beyond the PVE where you can test your tactical nous against other players. There's head-to-head Duels, Arena battles and more on offer if you enjoy competing against real players instead of duking it out against AI.

There are a few issues to consider if you play on Android. Early opinions are quite negative based on reviews on the Google Play store with a lot of criticism levelled at the games Gacha mechanics and the number of permissions the game requires, such as requesting access to phone call history.

Meanwhile, there are also issues with players getting into servers as many of them are full. So this is all worth bearing in mind if you were thinking of giving Smite Blitz a try. On the other hand, user reviews on the App Store version of the game are much more positive at present.

Smite Blitz is available now on the App Store and Google Play. It's a free-to-play game with in-app purchases.

Nominate your Game of the Year for the Pocket Gamer People's Choice Award 2020.
Next Up :
Letter Rooms adds an advent calendar to the anagram game, with a new puzzle to be released every day this December