Peter and Hook like you’ve never seen them before

Ever wondered what it would be like if your favourite fairy-tale characters duked it out in a free-for-all brawl? LINE Games’ real-time multiplayer action PvP lets you do just that and more with SMASH LEGENDS, coming to both PC and mobile in the first half of this year.

With a huge roster of characters to choose from, plus fast-paced matches and vibrant aesthetics, it certainly looks every bit the high-octane brawler it promises to be.

Here's a sneak peak of what you can look forward to once it lands on the app stores. 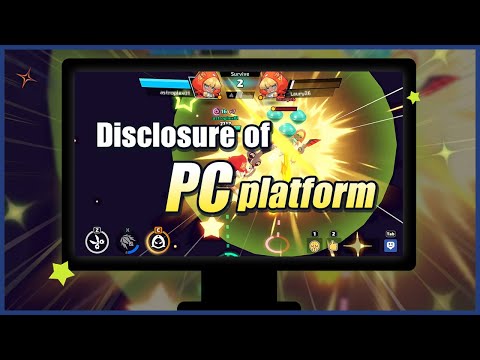 Typical of most action PvP games, SMASH LEGENDS lets you take your pick from various modes to suit your playstyle best. It features simple controls and mobile-PC cross-play support, so you can rain down destruction on your opponents whether you’re on mobile or PC in action-packed three minute matches.

A bundle of battle modes

Depending on your preference, you can choose to go mano-a-mano with your opponents in one-on-one battle to try and knock them out of the ring (you can always return to the arena if you’ve somehow managed your HP well), or do your best to dominate capture points to emerge victorious. You can also pick the Team Deathmatch mode, which is a 3-vs-3 battle where the first team to achieve 10 kills will be crowned as the victor.

Among the six battle modes, the rowdiest would be the FFA Battle Royale 8-player mode where you fight to be the last one standing. There’s also the Crown Guard 3-vs-3 mode that lets you hunt down the opposing team’s leader - whoever kills the other team’s Crown thrice wins the match. And finally, the 4-player Harvest mode tasks you with destroying Mandrakes and harvesting them for the win.

What makes SMASH LEGENDS unique is its fairy-tale-inspired world and colourful cast of characters. Classic icons from old legends have been redesigned in the game’s “Library World”, where fairy tale faves participate in a fair contest to keep everything in order and to make sure that new stories are created every day. The game lets you choose from more than eight playable characters, and players can delight in the fairy-tale-based backstories and rich histories of each one. You can also boost your characters’ strengths and customize the Legends to be the best of the best.

Each character has a specific set of moves that will appeal to all kinds of players. For instance, Cindy has a powerful ground attack that allows her to rush forward and deal devastating damage to opponents directly in front of her. While airborne, Cindy can also dash toward enemies and quickly leap back up into the air in all manner of swiftness and mobility. Staying high up in the air gives you an advantageous edge that just might turn the tide of battle when you’re in a pinch.

Peter, on the other hand, is a melee DPS attacker that shines best during crowd control. Red has an ultimate skill that lets her conceal herself and strike foes when they least expect it, while Alice uses a wide-range attack bomb that she can manipulate. There’s also Hook and Master Cat, but you’ll just have to play the game to find out more about each character.

If you'd like to discover more about the game ahead of its launch, be sure to join the SMASH LEGENDS community on Facebook and Discord.

What's A Preferred Partner Feature?
From time to time Steel Media offers companies and organisations the opportunity to partner with us on specially commissioned articles on subjects we think are of interest to our readers. For more information about how we work with commercial partners, please read our Sponsorship Editorial Independence Policy.
If you're interested in becoming a Preferred Partner please click here.
Next Up :
Interview: Deyan Trichkov discusses March of Empires' new faction, the Shogun