PGConnects: Skytropolis is Sim City but you build to the sky

Somehow in this world vertigo isn't a thing

Windows Mixed Reality offers some nice benefits. For one, no bulky base stations to orient yourself and the controllers - definitely handy. On the other hand, no real controller tracking for when you the controllers are out of view of the front of the headset. Awkward. That doesn’t prevent MR from being an excellent and intuitive platform for games though, as Skytropolis proves. 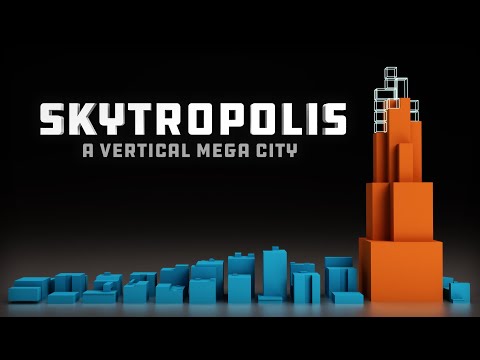 Subscribe to Pocket Gamer on
Skytropolis was as intuitive and easy to understand as a VR (or MR, whatever) game can be. You’re building a city on a skyscraper, making platforms and walkways for citizens to use, and putting down housing, community spaces, restaurants and more - pretty much everything you need for a thriving city.

You simply build around a central tower, with simple grid-like pieces that snap together like puzzle pieces. You can easily create large platforms to build around, and you can witness simple characters visiting stores and restaurants as you put your metropolis together. Your metropolis in the sky. Ohhh, now I get the title...

Progressing upwards instead of outwards has the simple benefit of not having to move far in your VR space; being able to move in the VR world is important, and essentially playing Sim City in VR across a sprawling landscape would be much more awkward than simply scrolling up and down a fixed location.

By scrolling through cards in your left hand representing buildings, platforms and more, and selecting them with your right hand, you have easy access to all of your necessary tools. Of course you build within your means, money is limited, as is horizontal space. As for vertical space, well, the sky is the limit.

Skytropolis has some interesting building mechanics and introduces the concept to VR in an interesting way which works well, while avoiding the usual pitfalls of the medium.