In probably its biggest update ever, Agens and Snowman are introducing the bustling city of Tokyo in Skate City. This move comes at the perfect time as it is the first time that skateboarding is being introduced as an official sport in the Olympics, which are also taking place in Tokyo, Japan.

Skateboarders worldwide are receiving recognition for the sport they love and Skate City is celebrating it in the grandest way possible: by recreating the streets of Tokyo in their iconic style for everyone to skateboard even while at home.

Players will be able to explore Tokyo like never before, skateboarding through the various different neighbourhoods in the vibrant and lively city of Tokyo, while visiting all the famous skating locations found there as well. 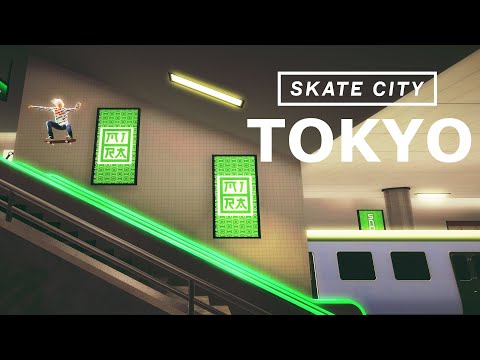 Snowman is sure that you are going to fall in love with their rendition of Tokyo, which they believe will be the perfect blend of an iconic, neon-soaked city with beautiful parks, and crowded backstreets.

Ryan Cash, the Co-founder of Snowman said: “For the last few years we’ve been looking for an interesting way to tie a real-world event into something we make, but we never wanted to do anything that didn’t feel meaningful. When the Tokyo games were announced it was a no-brainer for us. Skateboarding’s coming to the Olympics for the first time in history, which is a triumphant moment for the sport. We knew we had to be part of it in some small way.”

The features in this new update include:

Celebrate skateboarding at the Tokyo Olympics, 2021 by downloading the update to Skate City, launching soon on Apple Arcade.

Do you like playning sports games? Check out our list of top 25 sports games for iOS devices
Next Up :
Space War Battle Cadet DX lets you match colours to defeat enemies, out now on Android