Out at midnight: Fight off enemy advances in tower defence sequel Siegecraft TD

Build it and they will come

At midnight tonight, that same company will release a colourful tower defence title set in the very same universe as Siegecraft. 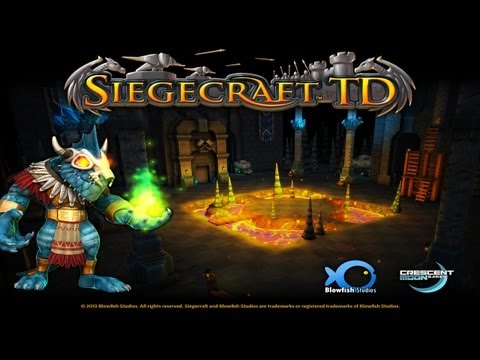 A normally reclusive army of Lizardmen has risen up against the Knights of Freemoi, and all hell has - once again - broken loose.

Your aim across Siegecraft TD's 30 levels, then, is to carefully lay towers and other defences in order to repel enemy forces and protect your fantasy kingdom.

When you're done with Siegecraft TD's Campaign mode, there's an Endless mode and a series of multiplayers modes for you to delve into.

Sound good? If so, grab your digital wallet and head on over to the App Store at midnight.

Out goes the physics-based flinging, in comes some good old-fashioned tower defence in Siegecraft TD

Siegecraft returns with 3D and multiplayer