Out goes the physics-based flinging, in comes some good old-fashioned tower defence in Siegecraft TD

That's what the 'TD' stands for

We weren't that enamoured with Blowfish Studios's original Siegecraft.

It was pretty, that's for sure, but it lacked depth. This meant I felt less like I was defending a castle and more like I was flicking soggy paper wads at a wall.

Hopefully, Blowfish has addressed this issue in its upcoming game Siegecraft TD.

The gorgeous visuals of the original are still in place in Siegecraft TD, yes, but the physics-based flinging is gone. Instead, Blowfish has opted for a tower defence setup here.

You're still firing things at evil invaders, sure. But now you need to corral them, pushing them through a maze of ancient weaponry with the aim of slaughtering them before they reach the gates of your castle. 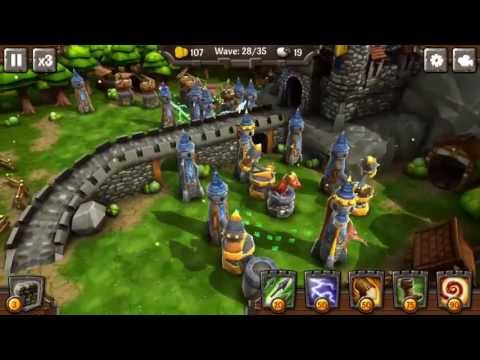 You can swipe and pinch your way around the battlefield to get a better view of the action and to check for any weak points in your carefully crafted defences.

Asynchronous multiplayer is present and correct in Siegecraft TD, meaning you'll be able to face off against friends and find out who has the best castle-defending skills.

Siegecraft TD is scheduled to go live on the App Store on June 26th. If the game's publisher, Crescent Moon, stays true to form, Siegecraft TD should be out on the Google Play Store a month or so after that.

Out at midnight: Fight off enemy advances in tower defence sequel Siegecraft TD

Siegecraft returns with 3D and multiplayer