If you’re looking for a comprehensive Seven Mortal Sins X-Tasy tier list featuring all the powerful characters, you have landed in the right place! We have compiled a list of the most powerful and useful heroes in the game according to their active skills and passive abilities. Players can expect a ton of strategic battles as the powerful demons go at war with their various debuffs and buffs.

Seven Mortal Sins X-Tasy has 3 main types under which all of the characters are classified. Consider them like a classic rock-paper-scissors style of element system that is often seen in turn-based games where a particular type is stronger and weaker than another. The types are as follows:

In this tier list for Seven Mortal Sins X-Tasy, we will be listing some of the best heroes in the game to summon, collect, and use in formations. We will be trying our best to summarize the best heroes in the game according to their usage in different types of PvE and PvP game modes. As the game is still fairly new, some of the heroes that are mentioned might be nerfed or buffed in the future. Subsequently, new heroes will also be added to the game with new events and summoning banners.

Do not worry as we will be constantly updating this page to include the best characters in Seven Mortal Sins X-Tasy as new and powerful heroes are released. Simply revisit this page by bookmarking it or marking it as your favourite. 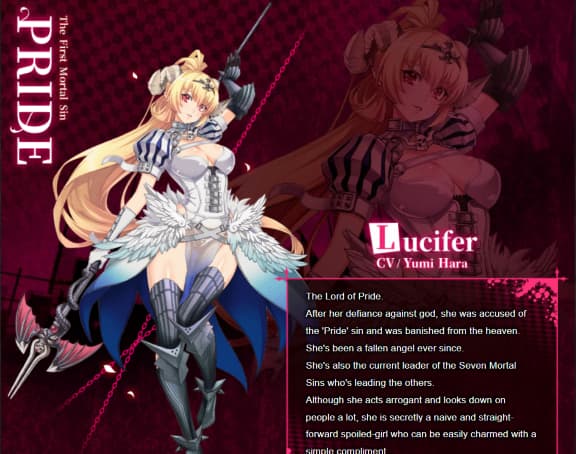 Asmodeus (Sin of Lust) is one of the premier heroes to be used in the PvP game modes due to her passive ability Devil’s Tempt, which states Asmodeus is immune to Charms and Enchant debuffs. Additionally, when Asmodeus dies on the battlefield, she inflicts a Charm debuff for 2 turns on the enemy target with the highest ATK. Lucifer (Sin of Pride), another solid DPS unit, is known for her high critical hit rate and critical hit damage. Her basic skill can apply Attack down on enemies for 2 turns, which helps in surviving in PvE content a lot. Talking about survival, Lucifer certainly is an expert since she has survived for eons burning in hell. I mean, you can't put someone like that anywhere else but at the top of the tier list for Seven Mortal Sins X-Tasy. Her passive ability The Supreme states Lucifer starts the match with a 40% Speed buff for 3 turns and a Shield of the strength of 1000 HP for 2 turns.

Beelzebub (Sin of Gluttony) is a cruel tormentor of souls in myths, but in-game, she’s a tormentor of high Attack heroes. Her passive ability King of Table states that she taunts the enemy with the highest Attack for turns. Further, Beelzebub also provides a Heal equal to 25% of her MAX HP to the ally with the current lowest HP. This effect occurs only for the first 3 action turns of Beelzebub. 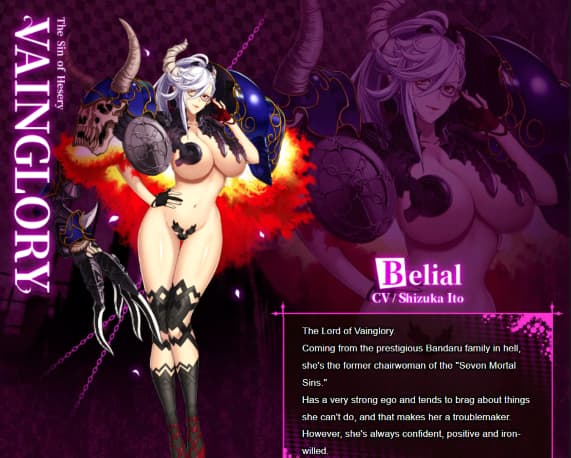 Belial (Vainglory) is one of the most powerful damage dealers in the game. Her passive ability Usurper of the Star states she gains a 15% Critical Hit Rate at the start of every round and this buff can stack up to 7 times. Hence, she doesn’t need to be built with much Critical Hit Rate and can be built as a massive damage dealer by stacking more Attack% and Critical Hit Damage%. Aura (Calamity) is a 4-Star hero but still one of the best DPS/Support units in-game. Aura excels at inflicting an AOE attack down debuff to all enemies for 2 turns while increasing her own Attack by 50% for 2 turns.

Anastasia (Rebirth) is a true witch in every fashion. Her passive ability Slander states that Anastasia gains a 25% Move Gauge for every attack and that her damage increases by 25% if she attacks a weaker type of hero. Further, Anastasia will life steal by 12% of the damage she deals with a 25% chance, but this effect only occurs once per turn. 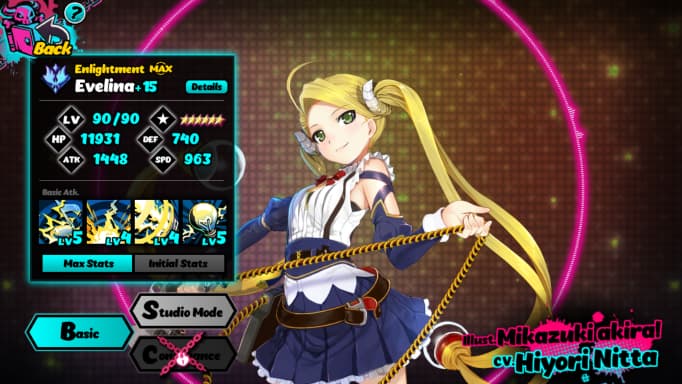 Abelia (Liberator) can be pushed to the A tier if her base stats receive a slight buff. Her utility on the battlefield is unparalleled. Her 3rd active ability Skull Break is an AOE targeted damaging skill that can inflict Daze debuff on all enemies for 1 turn. Daze debuff states that the affected target will skip the turn. Hence, she can effectively render all enemies useless for a single turn. Her passive ability Liberator states her basic defence rises by 25% and whenever the battle starts, Abelia has a 25% chance of inflicting Daze debuff on 2 random enemies. Abelia is an amazing hero in PvP content and works well with Lucifer to chain crowd-control enemies.

Ingrid (Bloodthirst) is a 4-Star AGI type hero that specializes in dealing high damage in a sustainable manner. Rejoicing the term bloodthirsty, Ingrid can restore 9% of her HP after every attack she deals to enemies. Her passive ability El Diablo states that Ingrid gains an Attack buff of 3% that can stack up to 4 times and a Critical Hit Rate buff of 6% that can also stack up to 4 times. Ingrid (Bloodthirst) can also cycle multiple turns as her 3rd active skill Bloody Queen states Ingrid deals 280% of her damage to a single target and gains an extra turn. Zoe (Truthseeker) is a great DPS/Support hero that wants to be attacked by enemies. Her passive ability Eternal Dream states that she gains immunity to death for the first time her HP reaches 1%. It further states that Zoe taunts 2 random enemies at the start of the battle and has a chance of counterattacking with her basic skill when taking damage. 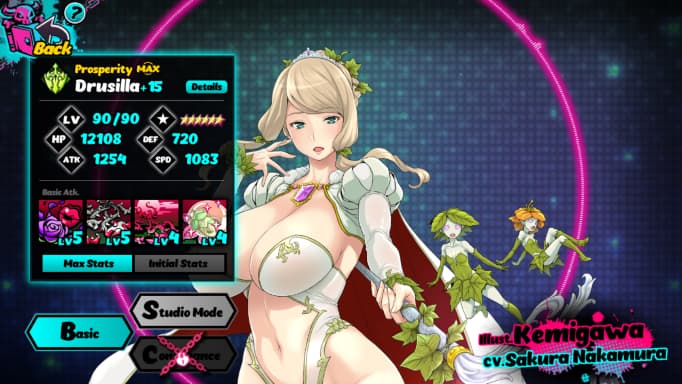 Draco (Blazewind) stands out among other heroes mentioned in this tier. Draco (Blazewind) likes to be healthy, in terms of his MAX HP of course. He gains 30% Attack and 35% Defense if his HP is above 90% before the start of the turn. Taking some notes from Ingrid (Bloodthirst), he also recovers 8% of the damage dealt as HP at the end of his turn. Drusilla (Prosperity) is a 4-Star AGI-type hero that every player gets for free at the start of the game. Well, as they used to say in olden times, what you get for free and without hard work is always weak. Her 3rd active ability Sweet Home does provide some good utility as it states Drusilla throws an AOE targeted damaging attack towards the enemies that also heals all allies by 50% of their current HP.

Although she is at the bottom of the Seven Mortal Sins X-Tasy tier list, Noach (Scrutiny of Flesh) is a decent DPS hero for the players who were not as lucky to summon powerful ones like Lucifer (Sin of Pride). Her passive ability Sky Burst states that Noach gains a 25% Attack if her HP is above 90% while her attacks deal 25% additional damage to enemies that are at a type disadvantage against her. Further, Noach also benefits from critical hits, as she immediately launches another attack against enemies that have been critically hit that deal damage equal to 60% of her Attack.

Seven Mortal Sins X-TASY, based on the anime series of the same name, opens pre-registration

Fortnite v21.30 introduces the Prime Shotgun alongside an upcoming summer event and changes to the super styles