Netmarble is one of the biggest names in mobile gaming, having put out some of the most popular titles of the last few years, but now it's looking to enter the console market with a Nintendo Switch spinoff to Seven Knights, its hit RPG.

It's said to have been highly optimised for the new platform, and it'll feature all-new control and battle systems. Interestingly, this isn't just a spruced-up port; instead, you can expect an original story campaign.

It's set to launch worldwide as a digital-only title via the Nintendo eShop, and it won't include any mobile-like gacha systems. Rather than character unlocks being put to chance, you'll unlock new heroes by making story progress.

The original version of Seven Knight first launched back in 2014. Since then, it's been downloaded over 60 million times. Not bad. There are currently around 700 characters to collect as you go about completing missions and beating baddies in the game's turn-based combat encounters. 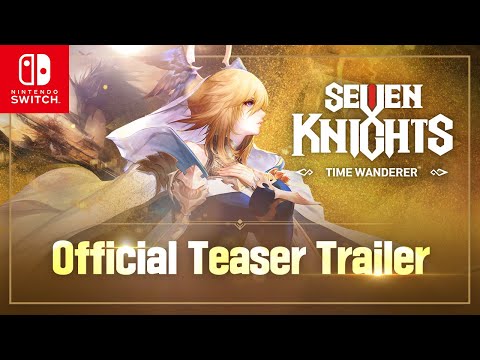 This new version, now with the subtitle "Time Wanderer", follows the story of the eighth member of the Seven Knights, known as Vanessa, who comes boasting a powerful piece of magical equipment – a sentient hourglass called Sandy. As Vanessa, you'll head out on an epic adventure alongside characters from the original game.

"Since Seven Knights' 2014 Korean launch, it's been quite humbling and exciting to see the game grow in global popularity. We could not be more thrilled that Seven Knights - Time Wanderer - will be Netmarble's first Nintendo game", said Young Jae Park, Executive Producer of Netmarble.

If you'd like to see what the original game is all about, you'll find Seven Knights available for download from both the App Store and Google Play. It's interesting to see Netmarble enter the console space, and Time Wanderer definitely looks to be more than a basic port. You can sign up to receive updates right here.

Searching for more top-tier RPGs? Here are 25 of the best for iOS and Android
Next Up :
Minecraft partners with Mattel for Camp Enderwood experience