Netmarble has announced that global pre-registration for their upcoming RPG Seven Knights 2 is now available for iOS and Android. To coincide with the announcement, the publisher has released a 10-minute showcase video to give players a taste of what to expect when it eventually launches.

At launch, Seven Knights 2 will feature a total of 46 characters for players to collect. They will be a mixture of familiar faces from the previous entry in the series and heroes making their debut. Post-launch we can expect more to be added to the roster alongside the usual events live-service mobile titles receive.

Once they've assembled a team, players will face off against powerful bosses using various combinations of heroes, formations and pets. They don't have to fight with these powerful foes alone, either. Up to eight players can team up to topple these bosses in real-time group battles. 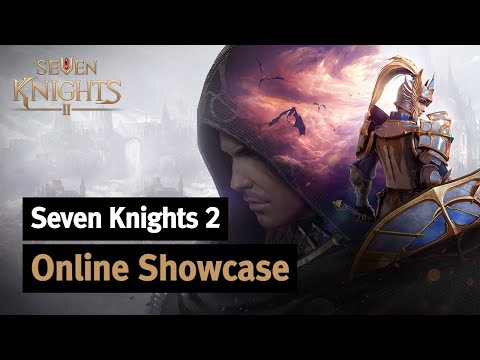 Beyond that, it promises a deep cinematic story that includes two hours cutscenes and graphics powered by Unreal Engine 4. So, if high-quality presentation is something you crave, it might be worth keeping on your radar. You can check out the visuals on offer in the trailer above.

As you've likely assumed, the game is a sequel to the incredibly popular Seven Knights, and Netmarble is hoping to replicate that success. The original has enjoyed 60 million downloads since it first launched, so there are undoubtedly plenty of people looking forward to the sequel's release.

Seven Knights 2 is available to pre-order ahead of its release, over on the App Store and Google Play. However, if you pre-register through the game's official website, you will receive a limited-edition premium Poori pet at launch. It will be a free-to-play game with in-app purchases.

Are you searching for more excellent RPGs to play on your phone? Here are 25 of the best available for iPhone and iPad
Next Up :
NFL Clash, the officially licensed mobile game for football fans, is out now on iOS and Android